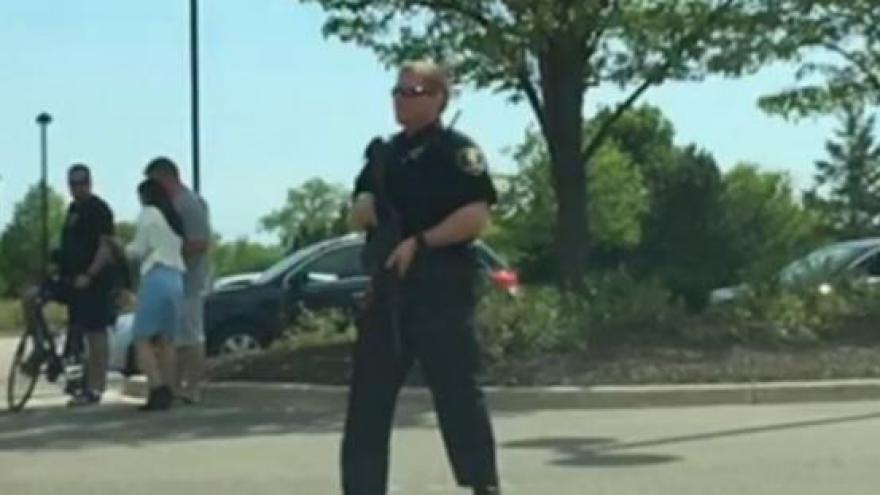 A Kane County Jail inmate, who was at Delnor Hospital for treatment, took a correctional officer’s gun and held the emergency room staff hostage Saturday afternoon.

The incident started around 12:30 p.m., according to a statement from the city of Geneva. Witnesses describe the scene inside as “chaotic,” and said the offender, 21-year-old Tywon Salters was running around the hospital naked.

At one point, Salters was seen taking a female nurse hostage inside a room in the hospital’s emergency room area.

Delnor then was under lockdown, and Geneva officials sent an alert asking the public to “stay out of the area” as police dealt with the standoff.

“Unfortunately, just a short while ago, the negotiations broke down,” Gengler said. “The SWAT team made the decision to make entry into the room and one of the SWAT team operators did discharge his firearm, striking the inmate and killing him.”

Gengler said the female employee is with her family and being treated at the hospital.

Salters had been at Delnor, 300 S. Randall Rd., since May 8, after being taken into custody on a charge of possession of a stolen vehicle by the Elgin Police Department. Police said they could not go into further detail regarding what kind of medical treatment he was receiving.

The hospital was resuming normal operations by 6 p.m.

This story is developing… Check back for updates.