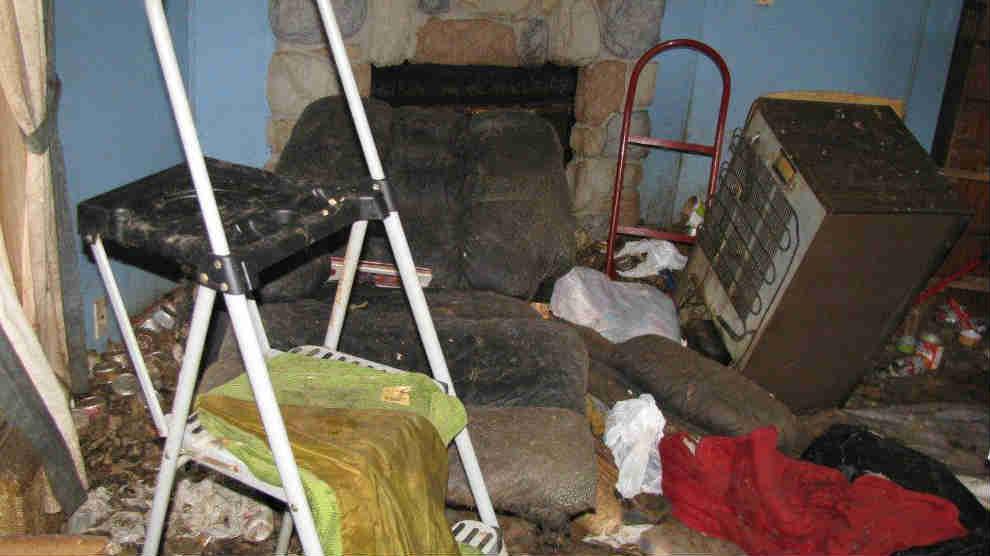 Some are calling it one of the worst cases on animal hoarding they've ever seen.

At least 30 cats removed from a trailer in rural Fond du Lac County.

Most of them emaciated and covered with urine burns.

The discovery was made during a welfare check on the 70 year old woman who lives there after she missed a dialysis appointment.

She's currently being treated at a Milwaukee hospital.

The filth in the trailer was said to be a foot deep.

The animals that did make it are being care for at the Fond du Lac Humane Society.

Shelter Manager Renee Webb says live traps were set to capture 10 additional cats that were hiding somewhere in the debris in the home.

There was also one dog.

The owner has been identified as Bobbie Bruflat. The exact address is t W3198 Country Aire Drive, west of Campbellsport.

Authorities were called on January 2nd.

\"Officers pounded on the door and they heard a woman shouting for help,\" said Rick Olig , Sheriff's Capt. of Operations.  \"They said the strong stench of cat urine was overwhelming. What they saw made them physically sick.\"

It's believed the woman had collapsed and was helpless on a broken down sofa surrounded by garbage for several days.

Responding medical personnel had to put on protective gowns and masks to render aid.

Two cats in the home were dead. A malamute dog was heavily matted.

The Humane Society in Fond du Lac is seeking donations to care for the animals.