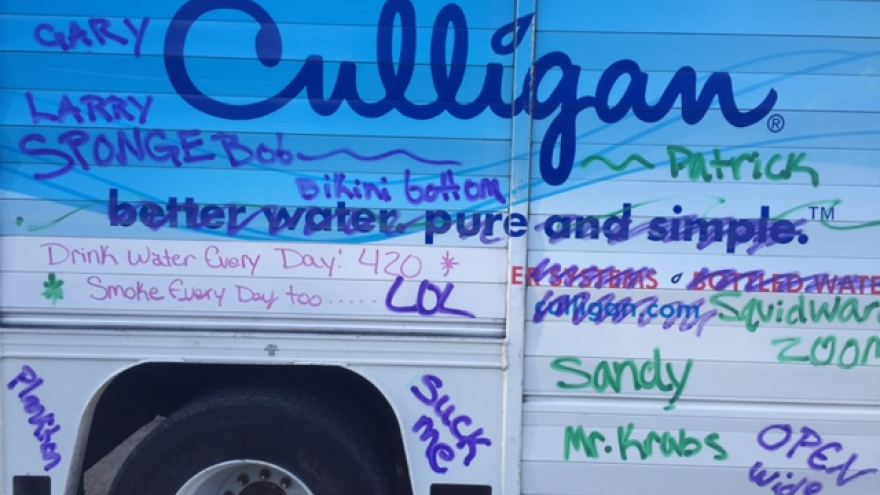 The Horicon Police Department is asking for the public's help after an increasing number of graffiti and vandalism events this summer.

On Tuesday evening a Culligan water truck was sprayed with graffiti.