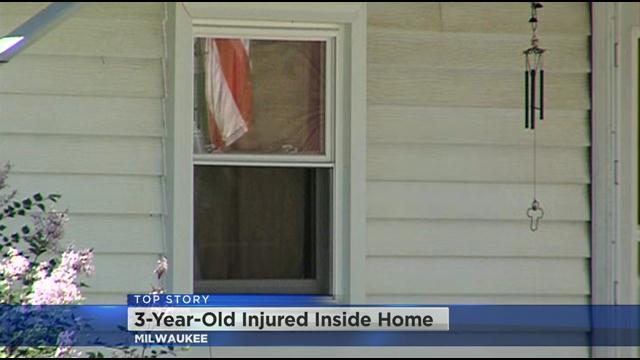 UPDATED: Charges were amended to include first degree intentional homicide against Maurice Snyder in the case of the three year-old's death.

Child abuse charges have been filed against the mother of the three year old who died on June 1 and her boyfriend.

The three-year-old male child who suffered numerous physical injuries in the 3200 block of S. 54th Street on June 1 died on June 3 at a local hospital.

Megan Scott, Aiden's mother, was charged with failure to prevent bodily harm to a child,

Aiden was unresponsive and not breathing when officers arrived. He was intubated placed on life support on the way to Children's Hospital of Wisconsin by Milwaukee Fire Department.

Aiden was treated by ten medical professionals at Children's Hospital. He was suffering with bilateral hematomas, cerebral edema, multiple bruises covering his body, human bite injuries, and laceration to the back of his head. He was given four blood transfusions.

Aiden had been previously diagnosed with mild autism.

Timeline of the injuries

Scott confirmed that she and the defendant both used heroin.

Scott told police she heard the defendant kick Aiden around 11 am. Scott asked Snyder why he had kicked Aiden and Snyder responded, \"sorry buddy.\"

Scott then went to shower and when she came out Snyder was complaining his hand hurt, and Aiden was crying.

Later in the afternoon Scott left Aiden alone with Snyder and then saw him outside with dried blood and scratches on his neck. Jacqueline told Scott to call 911 or take Aiden to hospital. But Scott did neither.

Scott then left Aiden alone with Snyder around 6:30-7pm to charge her cell phone. She was gone for multiple hours.

Officers reported the residence had no electricity.

A neighbor said a man named Joshua asked if he could call 911 and report and child was hurt and not breathing.

Joshua lived at the house with his mother, Jacqueline John, where Aiden was living for two weeks. Scott asked to move in and her boyfriend moved in as well.

Later in the evening, Scott left the residence to charge her cell phone at a local business. Joshua asked around that time for Snyder to bring Aiden outside, but Snyder said \"no we're good.\"

After requesting a second time. Joshua opened the bedroom door and observed Aiden laying face up on the floor. His legs were bent and his feet were near his waist. Snyder told Joshua he didn't know if Aiden had jumped or fell off the bed.

Joshua wanted to call 911 immediately but Snyder told him to \"hang on.\"

Joshua's mother observed between 4-5pm Aiden moving slowly and had scratches on his neck and a red bruise on his forehead.