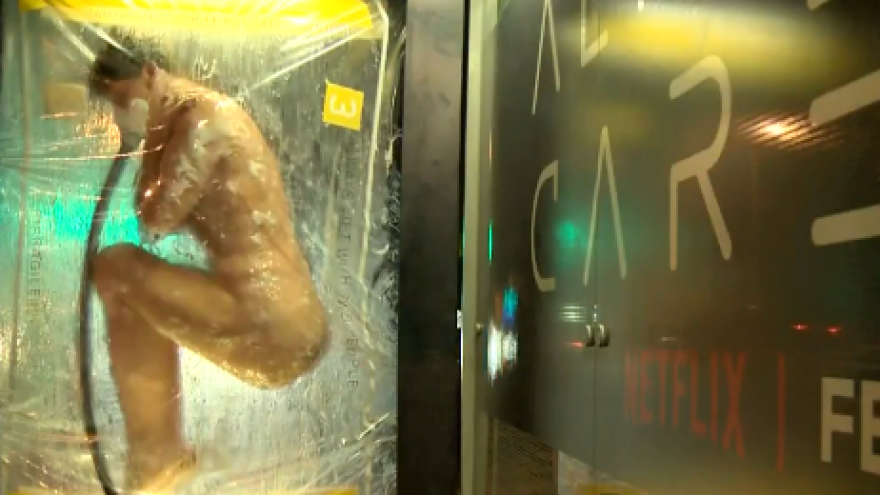 WEST HOLLYWOOD (CBSLA) — A bus stop ad in West Hollywood is creeping some people out.

The billboard at Santa Monica Boulevard and Crescent Heights Boulevard is an ad for Netflix’s new series “Altered Carbon.”

The life-like ad for the futuristic sci-fi thriller is drawing a lot of eyeballs, turning a lot of heads and producing pokes from the curious.

Some got up close and realized it even breathes. 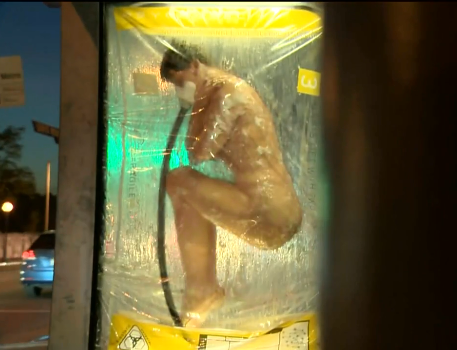 “It’s kind of incredible though as far as advertising a TV show goes because it’s a sculpture really, it’s not just a poster,” said West Hollywood resident Leo Ramsey.

“I was intrigued, that’s all I can really say,” said West Hollywood resident Rebekah Dean.

“I think the whole point is for it to be creepy. I don’t think it’s too much, no,” said West Hollywood resident Peter Rocca.

“I’m definitely going to check it out and see what it’s about,” said Ramsey.

Almost everyone CBS2’s Rachel Kim talked to Thursday night said they were going to check out the series Friday because of the ad.