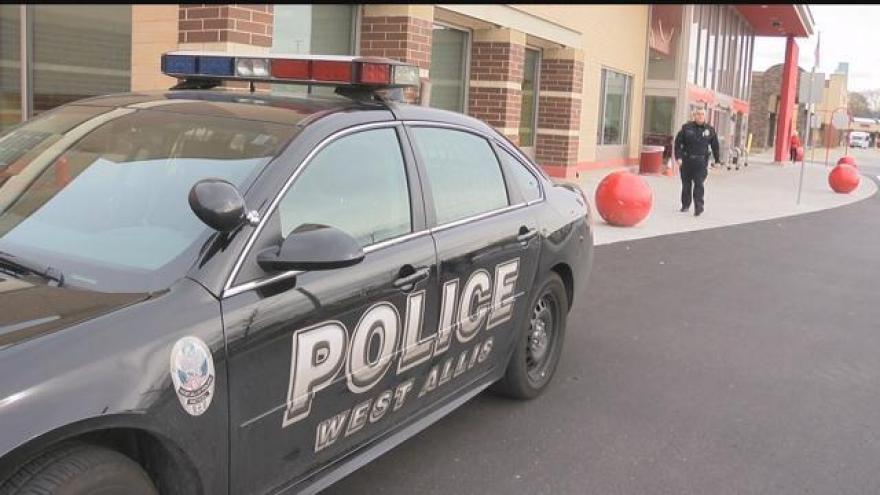 Officers will be in stores through the holidays to make themselves visible to potential criminals. The department’s focus is stores along the busy Highway 100 corridor, the east end shopping district, and downtown West Allis.

"These are officers who are brought in specifically for this assignment so they're devoted 100 percent to keeping shoppers safe. Unless there's an emergency happening, they're not taking other calls for service,” Deputy Chief Bob Fletcher explained.

The officers patrol the parking lots and walk inside stores. They also stop customers to chat with them about safety tips.

"It's a busy time of year when people have a million things on their minds. So we want them to take a pause and think about what they're doing,” Fletcher said.

The officers ask customers to follow some simple safety tips:

The West Allis Police Department started the holiday shopper patrol in 2008 after an increase in thefts and robberies during the previous holiday season. During the first year of the program, there were none.

“That year it did have a significant effect and it’s continued since then. We don’t see a large increase in robberies and thefts during the holidays anymore,” Fletcher explained.

The success of the program and the department’s commitment to the community both play a role in the continuation of the holiday shopper patrol.

“Retail is a big part of what goes on here in West Allis. We want to do whatever we can to make sure the businesses are successful and our citizens and people visiting feel safe,” Fletcher said.