Historic School will transform into museum 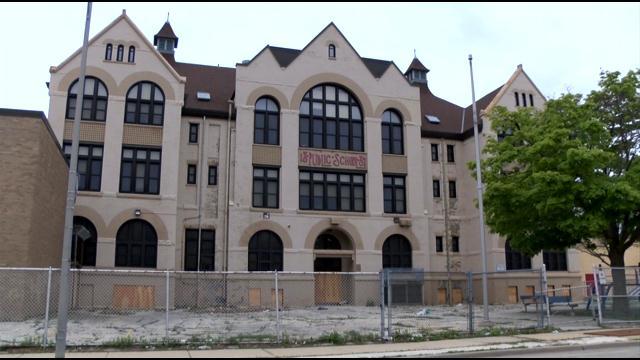 A historic school that's been closed for 10 years could soon be transformed into apartments and a museum, but first developers have to make sure they can afford the changes.

The plan was to turn Garfield Avenue School building, into a 60 unit apartment complex and to bring back the Black Holocaust Museum because of budgeting, the plans have to scale-back to 30 units.

However, plans for the museum and to revitalize the Bronzesville District are still a go.

\"I think a lot of people are frustrated because they have not seen more progress to date,\" said Ralph Hollmon, President and CEO of the Milwaukee Urban League. \"I, and many others who live in this community are very passionate about seeing Bronzesville redeveloped.\"

In the heart of the Bronzesville District sits Garfield Avenue Elementary.

Garfield Avenue closed in 2005 after it merged with another school nearby. Plans are to make this the new American Black Holocaust Museum. The museum closed in 2008.

\"When the museum comes back people want to make sure it does not close in the future,\" said Hollmon.

It couldn't afford to stay open.

\"Black Holocaust Museum was unique because it really focused on slavery and kind of an unpleasant part of our history,\" said Hollmon.

Right now, developers are looking at several ways to pay for the project including historic tax credits.

Hollmon tells us the final figure of how much it will cost is still being discussed with developers, but plans are moving forward.

\"We are optimistic that there will be some apartments and the museum in the year 2017,\"said Hollmon.