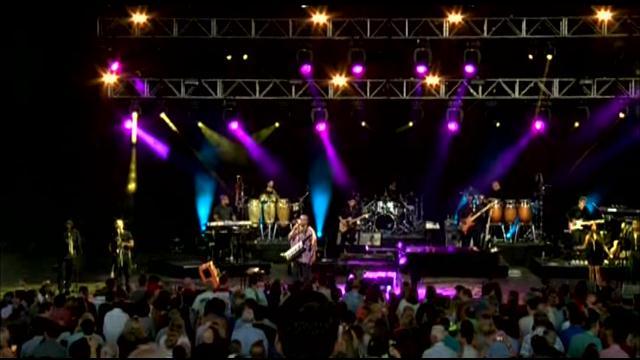 For the first time in Summerfest history, the festival will be streamed live for FREE to the world via a partnership with http://live-media-group.com/, an industry leader in live event production, broadcast and technology, using their revolutionary new nowlive™ video platform. The live stream, \"THE BEST OF SUMMERFEST 2015 LIVE!\", will be served up on the final 3 nights of Summerfest 2015 starting at 8:00pmCST nightly on Friday, July 3, Saturday, July 4, and Sunday, July 5 and run until the event closes each night.

Each night's stream will be available for additional viewing for approximately 24 hours. Viewers will be able to catch highlights from the entire festival, including backstage and artist interviews, previously recorded performances from earlier in the festival and performances happening purely Live. Performances will originate from 6 stages at Henry Maier Festival Park and be available via four, high-definition channels using the new nowlive™ video platform, which will be accessible through Summerfest.com.

The state-of-the-art nowlive™ platform is the only live stream player which allows users to watch up to four stages simultaneously and seamlessly switch between views within those stages. The nowlive™ video technology truly puts the audience in control, allowing a custom viewer experience, including Grid View™, Picture-in-Picture, Social Stream™ and Photo Stream™. \"THE BEST OF SUMMERFEST 2015 LIVE!\" promises to be a viewing experience of music festival coverage like never seen before.