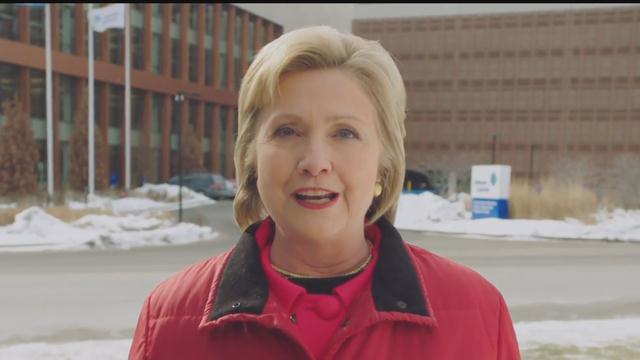 In the ad, Clinton refers to the recent Johnson Controls merger with Irish-based Tyco.

The company says in a statement that the merger is "simply the next step in its global growth."

Johnson Controls denies asking for or receiving aid during the financial crisis.

The ad says: “This is Johnson Controls.  When the auto industry was going under, car parts companies like them begged taxpayers for a bailout and they got one.  But now that Johnson is back on its feet, they're gaming the system and moving profits to Ireland so they can avoid paying taxes at home.”