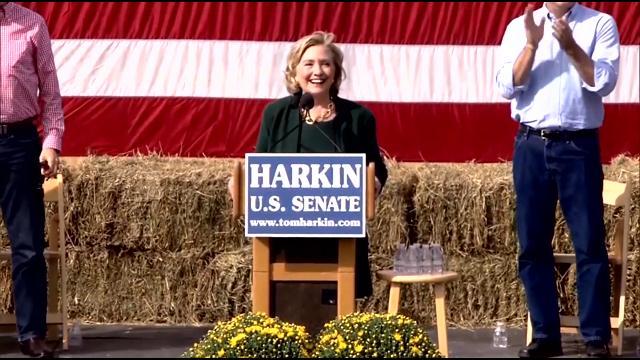 It's her second go-round and she doesn't have any competition at the moment but how well will Hillary do in 2016?  Only time will tell if Hillary Clinton's reputation will help or hurt her at the polls.

\"I'm doing something too. I'm running for president,\" said Hillary Clinton in her brand new ad, announcing her bid for the 2016 presidential seat.

It comes as no surprise to most but with a video released Sunday afternoon Clinton made it official. Prior experience running, the fact that she is a woman and has held previous offices, could that help or hurt Hillary's chances of being nominated this go-round?  UWM Professor Mordecai Lee says its too early to tell.

\"Its so dependent on luck and timing. And events you have no control over. You win an election by being in the right place at the right time,\" he said.

\"I am personally very happy that Hillary Clinton is in the race. We've heard a very anti-Obama rhetoric. We're currently on a streak of 61 straight months of job growth so its very important that we retain a Democrat in the white house,\" Barnes said.

Representative Barnes believes someone needs to be voted into the White House who will continue the work President Obama started.

\"We're headed in the right direction now. We need to be looking forward to the candidate whose going to bring the smart growth agenda,\" said Barnes.

Something Representative Hutton disagrees with.

\"There's a lot of repairing that needs to be done. Both here and abroad. I question whether Hillary Clinton, if I'm a Democrat, would be the right candidate,\" said Hutton.