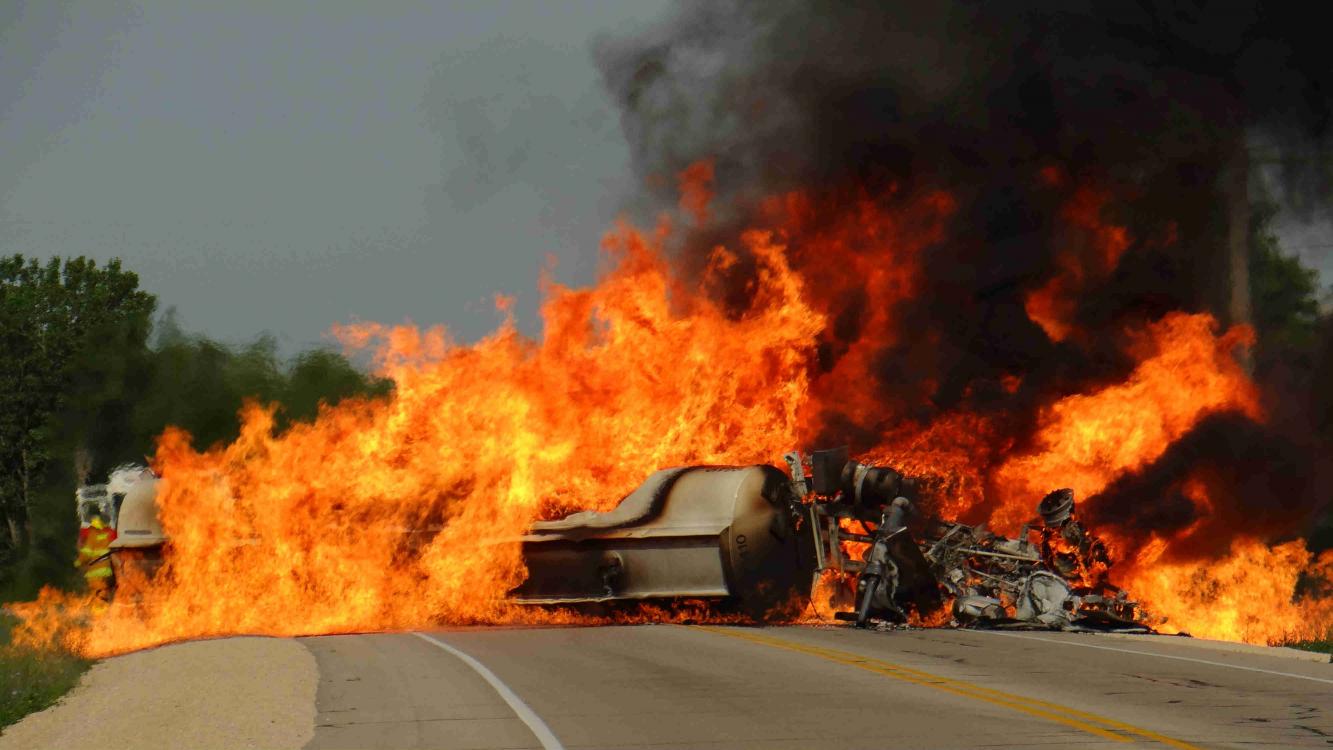 At 8:25 AM Thursday morning a car crash led to a fiery scene on Highway 33 at the intersection of Noble Road just east of Horicon in the Township of Hubbard, Dodge County.

Robert Babiak from Horicon was driving west on 33 when he crossed over the center roadway line, into oncoming eastbound traffic and struck Carl Wintheiser from Oconomowoc. Wintheiser was operating a tanker with a full load of ethanol. The tanker spun and overturned, causing a large fire.

Police allowed the fire to burn itself out which took about four hours.

Highway 33 was closed for approximately nine and a half hours while the crash was being investigated and the road repaired.

The crash remains under investigation by Dodge County.