Heavy rains lead to flooding, other problems on Milwaukee streets 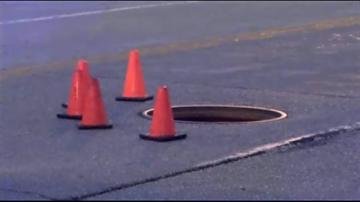 MILWAUKEE -- The heavy rainfall is taking a noticeable toll on city streets.

Milwaukee police responded to several calls for street ponding and flooding overnight, with most calls coming in from the north and east sides of the city.

A Milwaukee police vehicle was damaged by a manhole cover near 10th and State streets just after 2 a.m.

The cover had been removed to help alleviate street ponding in the area. The driver was not injured.

The heavy rains also caused street flooding near 35th and Townsend and in spots along Humboldt Avenue between Capitol Drive and Brady Street.