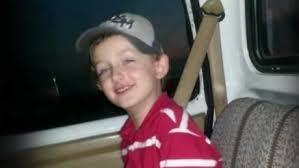 Why did officers target the father, Chris Few?

Why did they open fire on 6-year-old Jeremy Mardis?

A court hearing scheduled Monday in the shooting death of Jeremy in Marksville could provide some answers on the tragedy.

The first-grader was buckled in the front passenger seat when he was shot Tuesday.

"I've been a police officer for 35 years, but as a father -- much less as a state police -- it was a disturbing, disturbing video that I watched, and that really helped move us forward," state police Col. Michael Edmonson said Sunday.

"I've got to deal in facts. What's important to me is what caused those police officers to pursue," Edmonson said. "What caused them to open fire?"

"He (Jeremy) didn't deserve to die like that. We need to find out why," the colonel added.

Greenhouse knew Few before the deadly encounter, a source familiar with the investigation told CNN. Investigators are looking into the extent of their relationship.

The shooting occurred in Marksville, a town of 5,500 people about 90 miles northwest of Baton Rouge.

It's unclear why officers pursued or why shots were fired. Investigators say there were no outstanding warrants against the father, and no firearm was found in his vehicle.

"We're just heartbroken," she said, steps from a small memorial made of balloons and stuffed animals. "He always was an angel, and we know that he's watching over us."

Jeremy will be laid to rest Monday afternoon in Hattiesburg, Mississippi.