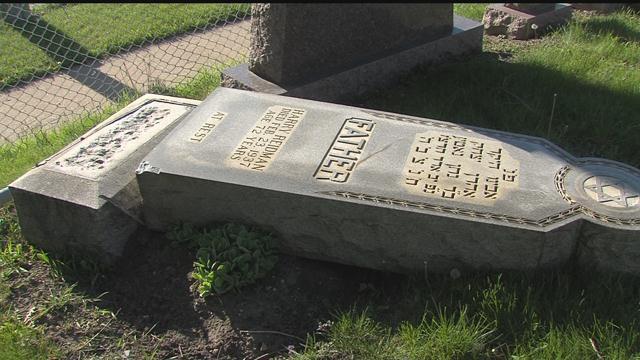 CBS 58—A reckless driver caused thousands of dollars in damage at a Milwaukee cemetery on South Hawley Road.

Nearly a dozen headstones at the Anshai Lebowitz Cemetery, some dating back to the 1930s, are in pieces.

Milwaukee Police tell CBS 58 a reckless driver plowed through the fence just after midnight May 7. Krueger says there's at least $8000 worth of damage, but even worse, there is sentimental value for families that cannot be replaced.

“It's always sad coming to a place like this, it's never a good time, and then when you see devastation like this, it makes it even worse on a family member,” Krueger said.

Krueger adds, unfortunately, this is the second time in the last 3 years a driver has lost control and hit grave markers. So the cemetery board is planning to build a retaining wall, to stop cars from disturbing the cemetery.

“It’s gonna be costly, but sometimes the price doesn't matter when it comes to something like this,” Krueger said. “If we can stop this from happening again, we're not worried about saving a dollar.”

Krueger says he is anxious to repair the headstones, but has to wait for insurance reasons.