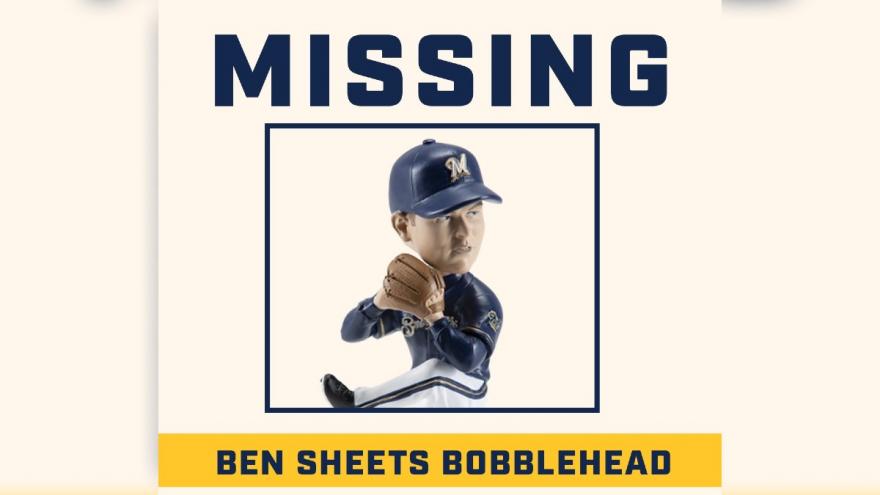 HAVE YOU SEEN THIS BOBBLE?

The Ben Sheets bobbles are MISSING in transit and are unlikely to make it by Sunday.

If you've watched any games recently, you know that the team was planning to give away bobbleheads of Ben Sheets, their ace pitcher from the early 2000s, at Sunday's home game.

But there's apparently been a delay in shipping -- the bobbleheads are missing and won't be there Sunday.

But there's good news! The Brewers plan to give eligible fans a "mystery" bobble, plus a voucher for the Ben Sheets figures when they finally arrive.