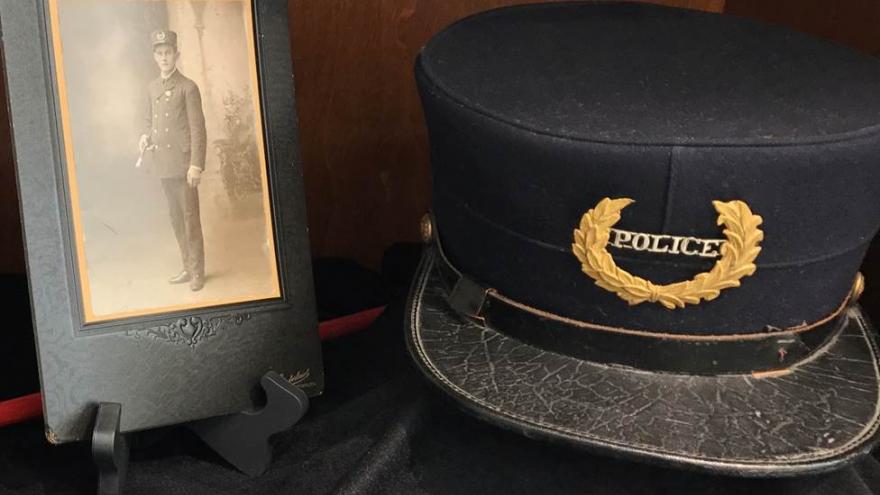 HARTFORD, Wis. (CBS 58) -- Back on August 30 around 5:00 p.m., Hartford Police officers noticed that the uniform hat belonging to Hartford Marshal Leonard G.F. Scherger had been removed from a display case in the police department lobby.

Video of the lobby area was checked through early July but no suspects could be identified.

An investigation revealed that a locking mechanism had been improperly installed that allowed the locked display case to be forcibly opened and re-secured without damaging the case. Police believe that is how the suspect entered the case and removed the item. The case has since been secured.

The actual value of the hat cannot be accurately determined, but the obvious value to Marshal Scherger's family, the Hartford Police Department, and the Hartford Community are beyond measure.

The suspect's motivation is also extremely difficult to determine as evil intent appears to be the only rational reason a person would commit the crime.

Anyone with information is encouraged to contact the Hartford Police Department at 262-673-2600.