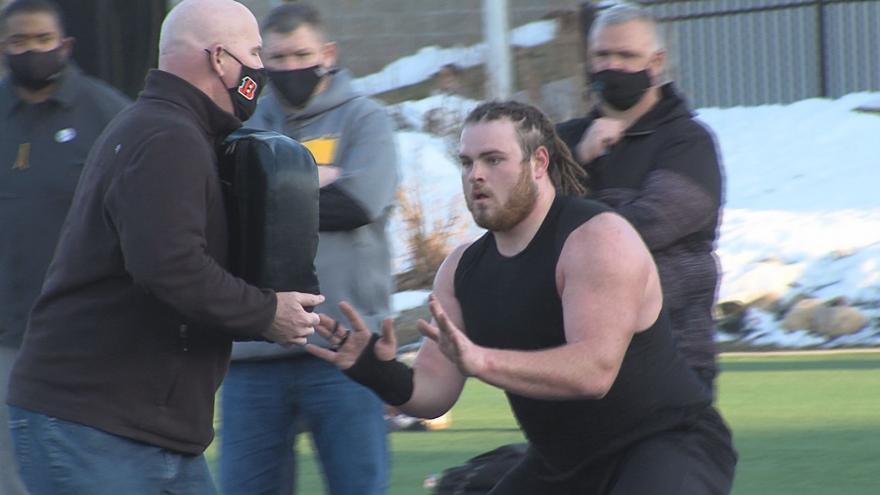 MILWAUKEE (CBS-58) - Quinn Meinerz went from undrafted to free agent to top 100 pick in a matter of months.

As the third round drew to a close, Meinerz was selected 98th overall by the Denver Broncos. He is the first Warhawk plaer taken in the draft since 2007 and is the highest selection in program history passing Vilnis Ezerins, who was taken with the 112th pick in the eighth round in the 1966 draft by the Los Angeles Rams according to a release from the school.

Without a season in 2020 due to COVID-19, Meinerz stock rose in the draft after the 2021 Senior Bowl where he dominated competition from Division I programs.

Meinerz last played a football game in 2019 in the Stagg Bowl, the D-III national title game. Meinerz is the only  player from Division III to be drafted so far.

For more on Meinerz and his path to the NFL Draft click here.