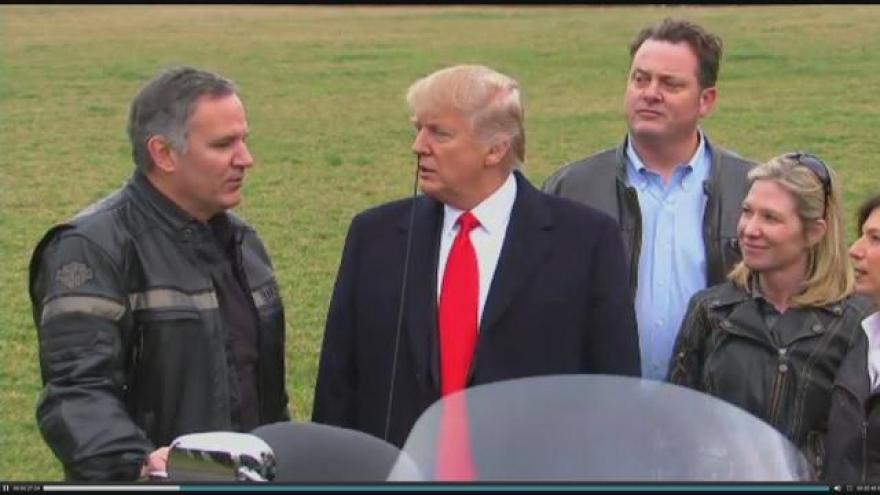 Representative of Harley-Davidson clad in leather with their motorcycles at the ready, met with President Donald Trump at the White House Thursday.

It followed days of speculation about an on again off again visit from the President to Wisconsin.

Harley said via social media that it welcomed the opportunity to meet with the administration on how U.S. manufacturing can unify the country.

It stayed away from comments attributed to a White House Official earlier, who said Harley was worried about scheduled protest once word leaked out about a possible visit from President Trump.

Harley said it has traditionally welcomes presidents to its facilities.

But on this day, it was the motorcycle maker going to Washington D.C.

President Trump said he liked the Electra-Glide the best.

He then joked with the assembled media.

"Boy would you love to see me fall off one of these things," said the President. Comments that were greeted with a huge burst of laughter.

Steel worker and machinists were also part of the luncheon Thursday where President Trump promised to create tax policies and healthcare reforms that would help business.

The visit was highlighted on the CBS 58 News at 4. To watch the clip click here