"Happy coincidence" as five members of one family graduate 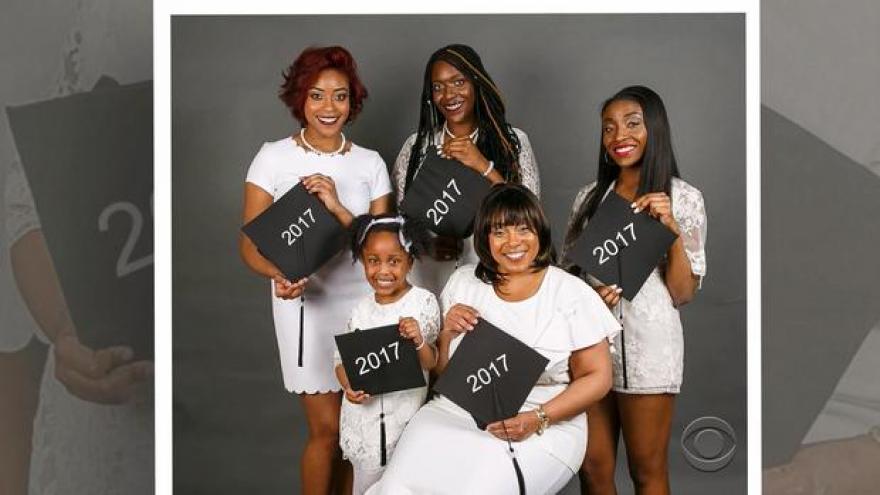 BEECHER, Ill. -- It was a special day for Lawanda Flennoy.

For 25 years, she worked full-time to raise her three daughters, so finally earning an associate degree this month was especially sweet.

But the best part is that her children are graduating from school too -- all at the same time.

Her daughter Jade says this is a "happy coincidence," but Lawanda says "not so much for me -- it's expensive for me."

Paris just graduated from Chicago State and has a job with Apple.

Jade is graduating from high school and preparing to attend Illinois State.

And four-year-old granddaughter, Brooklyn, is about to graduate from pre-kindergarten.

If you're keeping score: That's three generations -- five family members -- all graduating in 2017.

"I set expectations and they met 'em," Lawanda says.

Was she a tough mother? "To say the least -- absolutely," Amari says, to laughter.

Lawanda says it was "overwhelming" to be on stage with her diploma.

And Lawanda Flennoy isn't stopping. She plans to get her bachelor's degree in psychology as soon as she can.

She says she "absolutely, absolutely" sets high goals for herself, as well as her children: "I have to set an example," she says.

And that she has.