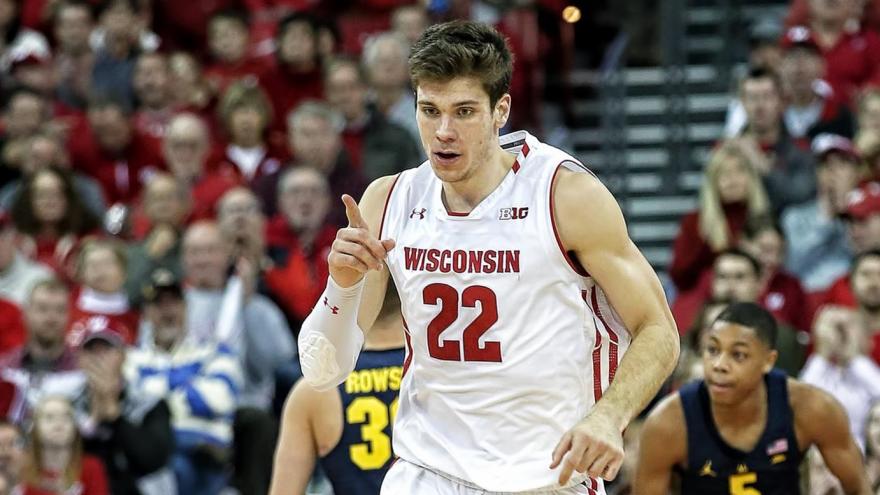 From bringing the ball up the floor to controlling the paint, Ethan Happ has done a little bit of everything for the Wisconsin men's basketball team this season. His versatility and consistency were recognized on Friday when the junior was named as one of 10 candidates for the 2018 Kareem Abdul-Jabbar Center of the Year Award, as announced by the Naismith Memorial Basketball Hall of Fame.

In its fourth year, the Abdul-Jabbar Award honor recognizes the top centers in men's college basketball. A national committee comprised of top college basketball personnel determined the watch list of 20 candidates in October and has narrowed the list down to just 10.

Last season, Happ was one of five finalists for the award, which was ultimately given to Gonzaga's Przemek Karnowski. Former Badger Frank Kaminsky took home the Abdul-Jabbar Award in 2015.

In March, five finalists will be presented to Mr. Abdul-Jabbar and the Hall of Fame's selection committee for the 2018 Kareem Abdul-Jabbar Center of the Year Award. The winner will be honored at ESPN's College Basketball Awards presented by Wendy's in downtown Los Angeles on Friday, April 6, 2018. Additional awards being presented include the Bob Cousy Point Guard Award, the Jerry West Shooting Guard Award, the Julius Erving Small Forward Award and the Karl Malone Power Forward Award. Broadcast information will be released at a later date.