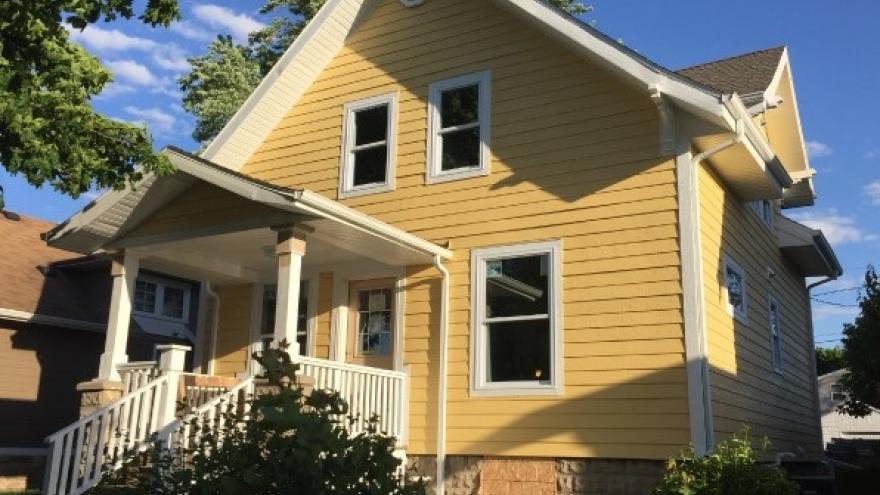 Habitat for Humanity of Waukesha County held a ribbon cutting and home dedication today at 337 Wilson Avenue in Waukesha. The new homeowners, Josh and Deb Smith, received the keys to their new home at a ceremony attended by more than 50 people.

"This is a home, it's not just a house anymore," said Paul Farrow, Waukesha County Executive. Farrow welcomed the family to the community, saying that Waukesha is, "an awesome place to live and raise a family."

"Habitat for Humanity does amazing work to help families, such as your own, get a step up," said State Representative Scott Allen in a letter read to the family at the dedication.

"This is what we do. We put families in homes," said Diane McGeen, executive director for Habitat Waukesha.

The 99-year old house was rehabbed by Josh and Deb alongside Habitat crew and more than 75 volunteers. The outside received a face-lift with new siding, windows and doors, and the inside was completely renovated, including moving a staircase to add a bedroom and bathroom on the second floor.

"This dream of ours would not have been possible without all you of you," Josh said to the assembled group.

Immediately following the dedication, attendees were invited to tour the home.

"We're just thrilled with how it turned out," said Kevin Raines, who sold the house to Habitat Waukesha in January 2016. Raines' family had lived in the home for five generations.

In May, Habitat Waukesha started construction on two homes on White Rock Avenue. Over the next few years, the organization will build or rehab a minimum of ten homes on the street near Frame Park. Habitat Waukesha dedicated a side by side condo on Bethesda Court to two families in February and will dedicate two more homes on Ryan Street in July.