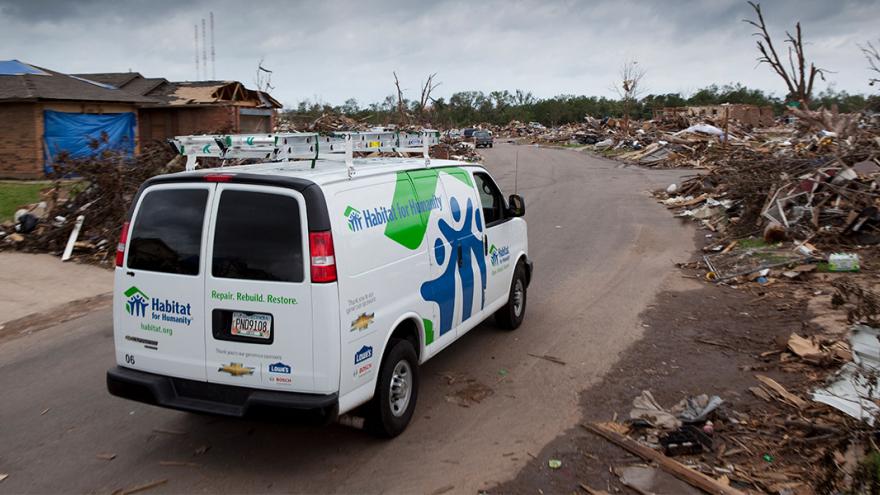 WISCONSIN (CBS 58) -- Habitat for Humanity of Wisconsin’s Mobile Disaster Response van is making its way down to Florida for Hurricane Irma response and recovery in the Florida Keys. The van has previously been deployed to several natural disasters, including Super Storm Sandy and the recent tornado destruction in Chetek, Wisconsin. Generously donated by General Motors and filled with tools and supplies from Lowe’s, the Response Unit left Barron County, Wisconsin late last week and is making the nearly 2,000 mile trip to Key West, Florida, arriving sometime Thursday.

Habitat for Humanity local affiliates in Wisconsin and their ReStores and Habitat Wisconsin, the statewide support organization, will be working together to raise funds and send volunteers down to Florida in the coming weeks and months as the long process of recovery begins from this devastating storm.

“The lower Florida Keys have been devastated by Irma, and recovery will take months and even years.  We are committed to supporting the local Habitat affiliate’s efforts to assist those in need of safe and affordable housing in the region,” said Sara Kierzek, Habitat for Humanity of Wisconsin’s Executive Director.

“We are still reeling, feeling our way as we assess the situation, the need and the best way forward,” said Mark Moss, Executive Director, Habitat for Humanity of Key West and the Lower Keys.  “We look forward to collaborating with Wisconsin Habitats to help us rebuild even stronger than before. “