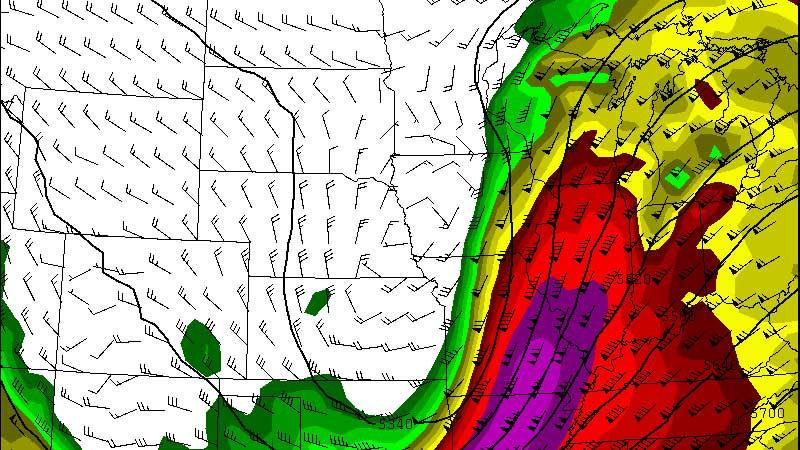 There remains a lot of talk and speculation about the potential for heavy blowing snow across southeastern Wisconsin next Tuesday into Wednesday.  While the models continue to indicate the potential for a major winter storm, it's important to know that the storm system is still off the coast of the U.S. 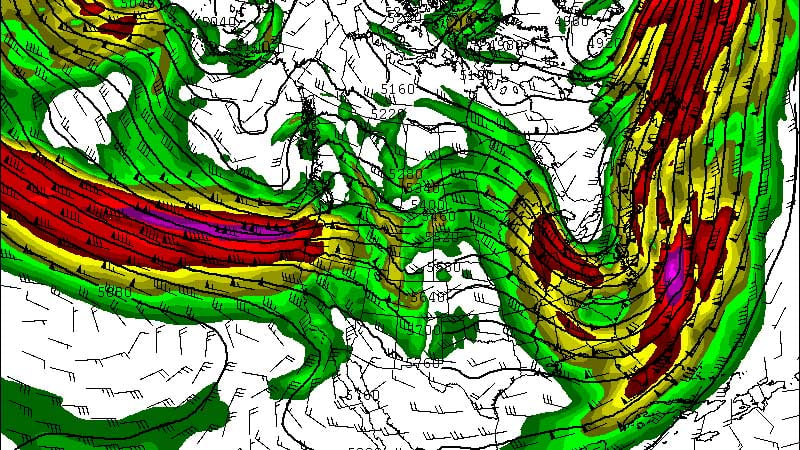 Take a look at the picture above.  The portion of the jetstream that will produce strong low pressure across the Midwest is starting to move into the west coast.  Without balloon data, it's tough for the model to accurately depict the storm.  By Saturday we should have better sampling data to feel more comfortable with timing and totals. 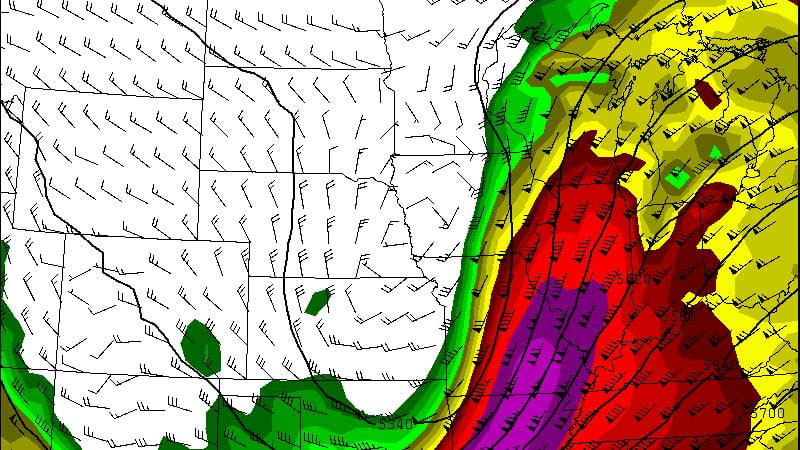 The track of the low is the most important part of this forecast.  The track is determined by the position of the jetstream.  This system will be fueled by a very intense core of winds over 120 knots!  That type of jetstreak will produce an amazing amount of lift that's capable of impressive snow totals.

A track to our west would provide more of mix, but a track to the east would put us in a favorable spot for accumulating snow.  You might have heard the term "panhandle hook" before.  This is an area of low pressure that originates in the panhandle of Oklahoma and moves northeast.  These lows are the ones that can produce over a foot of snow across southeastern Wisconsin! 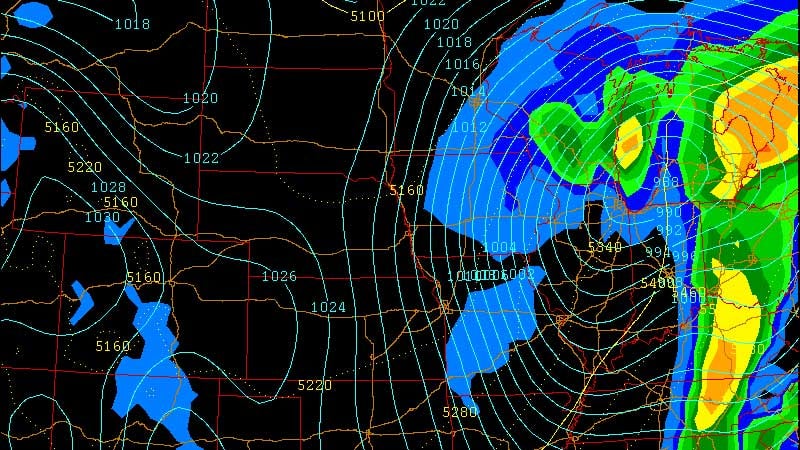 The 12Z run of the GFS has a similar track of a panhandle hook.  The low intensifies as it moves across northern Illinois into Michigan.  The pressure drop will intensify the winds at the surface with gusts over 30 mph!

The morning runs were showing the possibility of 6 to 12 inches of snow with strong northeasterly winds over 30 mph on Tuesday!

Officially, the National Weather Service defines a blizzard as a storm which contains large amounts of snow or blowing snow, with winds in excess of 35 mph and visibilities of less than 1/4 mile for an extended period of time (at least 3 hours).

Again while the potential is there for a big snow, we need to see how the models handle the changes over the next 24 hours.  It's always good to prepare for any upcoming winter weather.  Check the blog this weekend for additional updates!  Stay tuned.