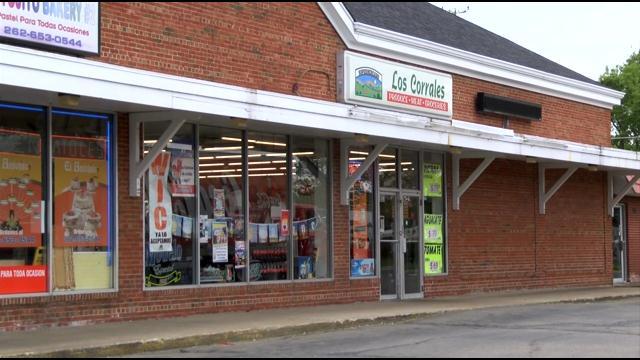 The Kenosha Health Department has not yet confirmed a source of the recent salmonella outbreak but they say they've conducted numerous interviews with those who've gotten sick, and most of them have a connection to the grocery store Supermercado Los Corrales on 52nd Street.

\"We're just  trying to figure out what caused this, where they've been, anything in common,\" said Mark Melotik, with the Kenosha Health Department.

The Kenosha County Health Department is awaiting lab reports but so far what nearly two dozen people have in common, besides getting sick over Mother's Day weekend, is visiting this store.

\"We sent a lot of food up to the state hygiene lab for testing. So once we get those results and those are supposed to be in on Friday, so we will know more then,\" Melotik said.

But that's what scares Victor Rosaldo, who manages a restaurant just a few doors down.

Melotik says salmonella is typically found in raw meats and is spread easily by humans through contact, so  precautions have been taken, including closing down the grocery store's meat and food prep areas.

\"In that store it's one operation. They're both right there. Food prep and raw meats. And they have the three same people that did all of it,\" said Melotik.

Rosaldo says he's never heard any complaints about the store but worries this outbreak will effect business.

\" Obviously this affects us as well bc people are afraid to go out thinking that everybody else has the same problems,\" said Rosaldo.

He says he's using it as a lesson in his own business.

\"This makes us keep an extra eye watching food temperature and time expirations. It makes us run the extra mile to make sure we don't have the same problem,\" he said.

We reached out to the owners of Los Corrales but they declined to comment.
Share this article: