Groan with the wind: The South gets hit with another winter storm 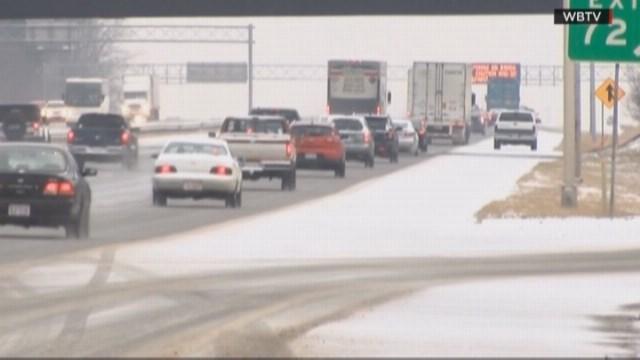 ATLANTA (CNN) -- A few weeks ago, metro Atlanta's resident groundhog, Gen. Beauregard Lee, was the toast of the town when he predicted an early spring for the South.

Beau better get his eyes checked, because this doesn't look much like spring. It looks like a major mess.

On Wednesday, another storm system will race across parts of the South. That's the fourth storm system in the last two weeks, and folks are getting mighty sick of it.

\"Gen. Beauregard Lee is full of it,\" tweeted Robert Wilson. \"Should issue a warrant for his arrest for false statements.\"

Of course, a Southerner's definition of a winter storm is a bit different than their Northern cousins.

What might pass for a light dusting in Minneapolis or Boston can paralyze a city like Atlanta. Just over a year ago, a few inches of snow and an ill-prepared Department of Transportation left the city in gridlock.

State and local officials were heavily criticized for their response to the January 2014 storm that created a traffic nightmare and left some motorists stranded for 18 hours or more.

Never again, officials vowed. And they're leaving nothing to chance.

The governor of Tennessee -- where 30 weather-related deaths have been reported in the past nine days -- and the governor of Alabama also declared states of emergency. And North Carolina is prepared to do the same.

On Wednesday, 11 states are in the cross hairs of snow, ice, sleet and freezing rain.

Schools are shut down, bread and milk aisles are bare.

A matter of perspective

Those planning to fly in and out of the South are on call in preparation for canceled flights or on the phone to reschedule because that's already happened.

As of 7 a.m.. the air travel tracking website FlightAware was already reporting about 900 cancellations Wednesday in and out of the United States.

Its list of the most-affected airports has a distinctly Southern twang, with two in Dallas (DFW and Love Field, which were in the middle of the wintry muck in the morning) among the four hardest hit. Atlanta's Hartsfield-Jackson led every place with a reported 17% of its flights called off, which could have far-reaching implications given its standing as the world's busiest airport.

Some snow and travel headaches are nothing new, of course, for those in the North -- especially this winter. Folks there found plenty of humor in the South's predicament.

\"In Wisconsin, we call this 'Wednesday,'\" joked Craig Koplien.

Maybe when all is said and done, it's the groundhog that gets the last laugh. Did anyone bother to confirm its weather prognosticating skills?