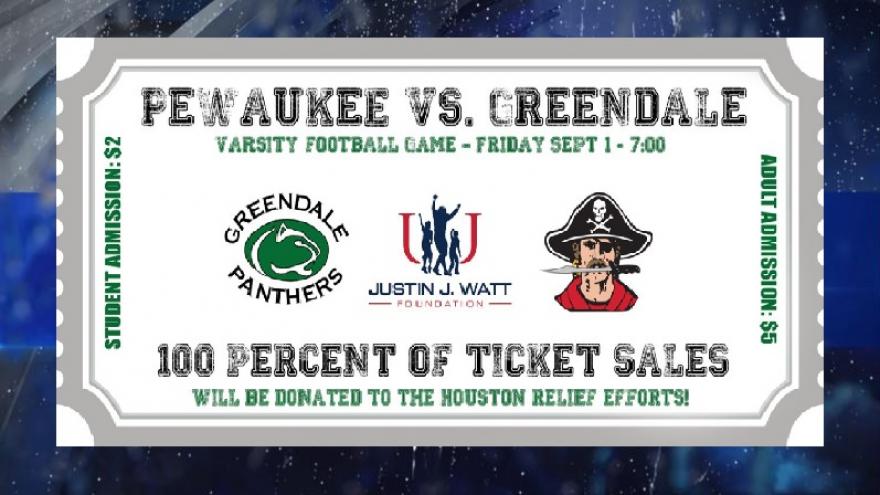 GREENDALE, Wis. (CBS 58) -- The Athletic Director for Greendale High School announced in a tweet Wednesday that money raised during Greendale's Friday night football game against Pewaukee will go to the JJ Watt Foundation.

The varsity football game kicks off at 7:00 p.m. on Friday, September 1.

100 percent of the ticket sales will be donated to Watt's foundation.

Tickets cost $2 for student admission and $5 for adult admission.