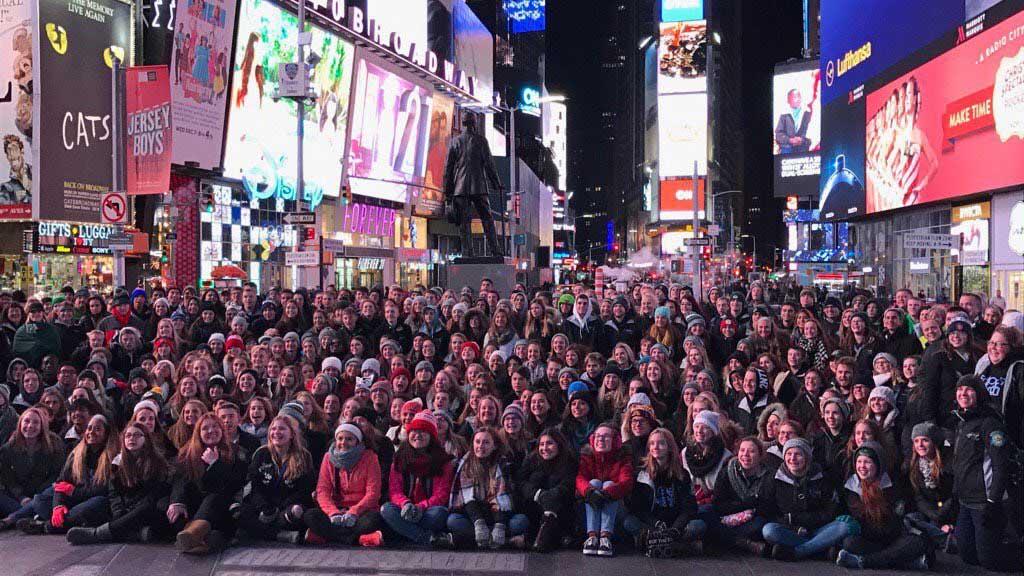 A local high school band is in New York City ahead of the famous Thanksgiving Day Parade.

There is excitement throughout the city, but also safety concerns.

The Greendale High School marching band tweeted out this picture last night saying they wrapped up their first day in New York with this incredible photo in Times Square.

NYPD is as vigilant as ever in the wake of recent threats against the city, including an article in an ISIS Magazine naming the Macy's Parade as an "excellent target" for a truck bomb attack.

Over 3000 cops will be assigned to security there.

Streets will be closed from 42nd to 57th Street this year which was not done in the past.

More than 80 sand-filled trucks will be strategically placed along the parade route to act as additional barriers.

The goal is to prevent any vehicle bombs from getting into the 2.5 mile parade route.