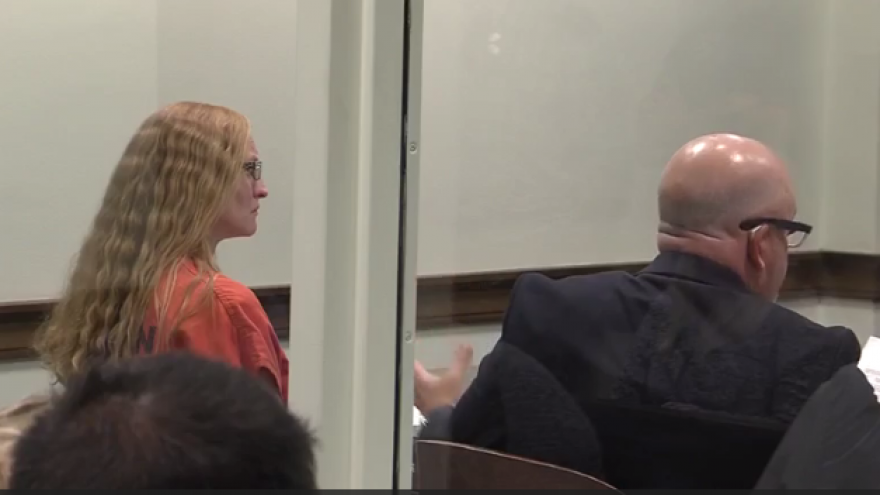 Green Bay (WFRV) -- Kimberly Fahrenkrug and her husband Bradley have been charged with five felony counts alleging abuse of their five-year-old adopted son beginning in October of 2016 until they were charged in April.

At a preliminary court appearance it was quickly determined that Kimberly Fahrenkrug was bound over for a trial on October 19, however, the judge heard arguments from both sides about Fahrenkrug's $100,000 bond.

According to the criminal complaint, a doctor in Madison at the American Family Children's Hospital called this one of the worst deliberate starvation cases the doctor had ever seen.

The prosecution told numerous stories claiming that the adopted child was mistreated and tortured, saying that professionals in the medical field after observing Fahrenkrug's behavior decided to write down everything she did in regards to the child.

"The child had to wear a helmet, a compression vest, flippers and a backpack with weights in order to exercise to earn the food that any child should get.," said defense attorney Wendy Lemkuil.

The defense argued that the criminal complaint was one sided and didn't take into account that Kimberly Fahrenkrug sought out help for the child because of behavioral problems she claims led to the child not eating.

"This is a very defensible case it is not as remotely as strong as the criminal complaint portrays it to be," said prosecuting attorney Rick Meier.

In the end, the judge ruled to keep the bond at $100,000, the same amount that Bradley Fahrenkrug had, he posted a cash bond on August 15.

In the courtroom, Local 5 learned that the child, in this case, has gained six pounds after being put in the care of children medical professionals.