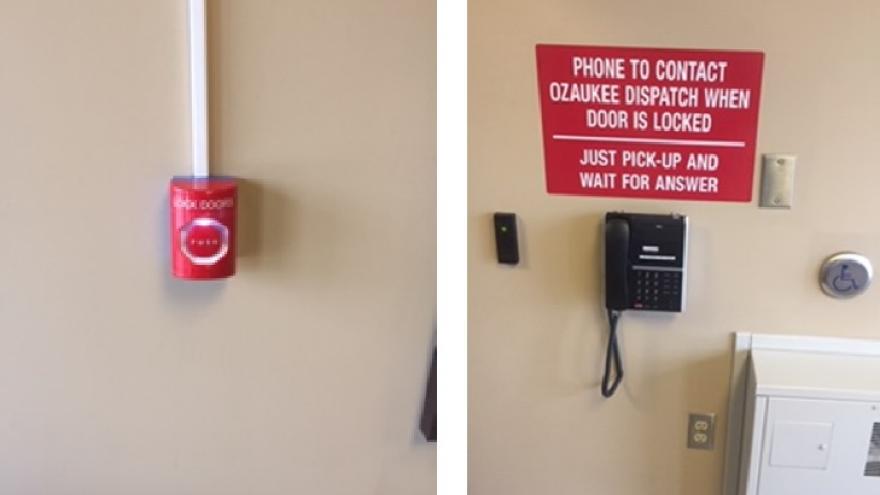 The Grafton Police Department has installed emergency door locks in the lobby vestibule that will enable a person to lock the exterior doors and provide them with safety. When a person presses the button to lock the doors, an automated message will be sent to the Ozaukee County Sheriff’s Dispatch Center notifying them of someone in need of assistance.

A phone in the vestibule connects directly to the Ozaukee County Sheriff's Dispatch Center.

The safety measures are only activated when the Police Department lobby is not staffed.