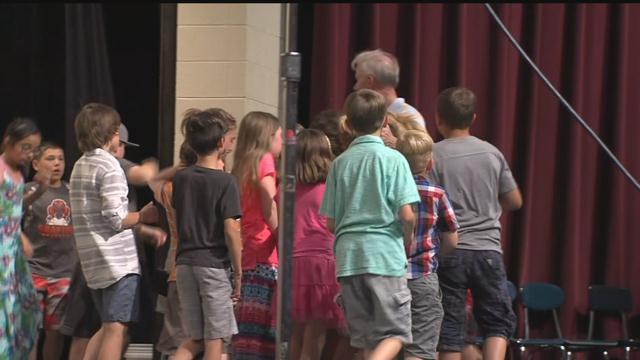 Hundreds of students and parents are saying goodbye to a Grafton music teacher who decided to retire. Bob Morande was put on leave, then reinstated by the school district after two disciplinary incidents in a classroom earlier this year.

Inside the auditorium here at Grafton High School, Thursday, there is a bittersweet feeling because people realized it would be the last chorus concert Morande would lead.

Morande was suspended after a pair of incidents at Woodview Elementary where he taught music. One involved a kazoo going flying across the classroom after he took it away from a student who was reportedly about to use it to hit someone else's eye. Another involved two loud students who he spoke to in an office. For that, Morande was suspended for more than two weeks.

"It happened fast, and it was so unfair. And then, you know, you go back to the lessons you try and teach kids and my basketball teams, life's not fair," Morande said.

During that time, the superintendent resigned and there was an interim one in place whom Morande talked to.

"Very nice guy who said I'm sorry this happened to you. It wouldn't have happened if I'd have been here," Morande added.