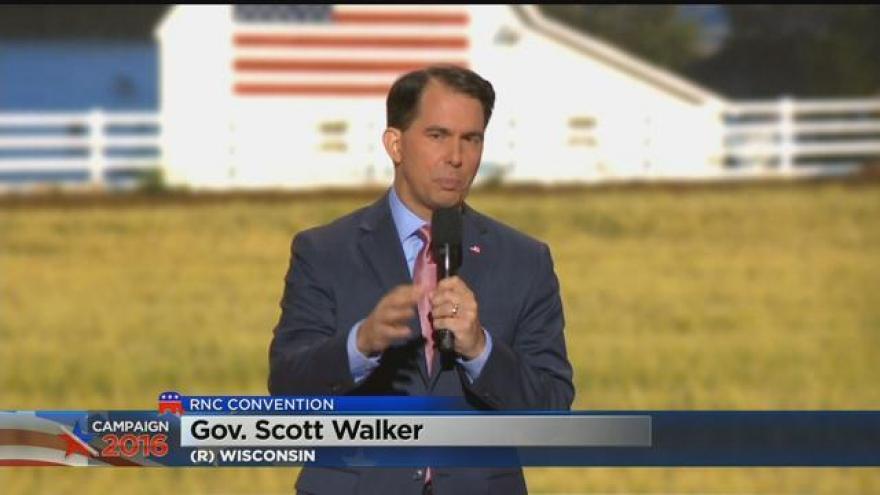 Boos filled the convention hall at the Republican National Convention.

So Trump decided to make an appearance.

Hundreds of delegates and republican voters started yelling at Cruz while he was on stage even chanting "Endorse Trump."

Cruz told the crowd to vote their conscience.

Trump sat in the front row for the rest of the night's speeches.

But Wednesday night, Walker threw his support behind Donald Trump.

Governor Walker came out with a lot of energy tonight, telling Republican delegates and Republican voters that the reason to support Trump and Mike Pence for president and vice president is simple.

Walker led the audience in that back and forth several times throughout his speech tonight.

Using it to emphasize points on the economy, Homeland Security and to make it clear he believes a Hillary Clinton presidency would be bad for America.

Walker also preached party unity… much in the same way his fellow Wisconsinite Speaker of the House Paul Ryan did last night.

“If you've had enough of Washington's brokenness, wastefulness, empty promises and arrogance, join us. Help us elect Republicans to office - from the courthouse to the statehouse to the White House.

You have a choice. You decide. You deserve better. Because America deserves better,” said Walker.

Walker also said if conservative reforms can work in a blue state like Wisconsin they can work all over the country mentioning the battle over Act 10.