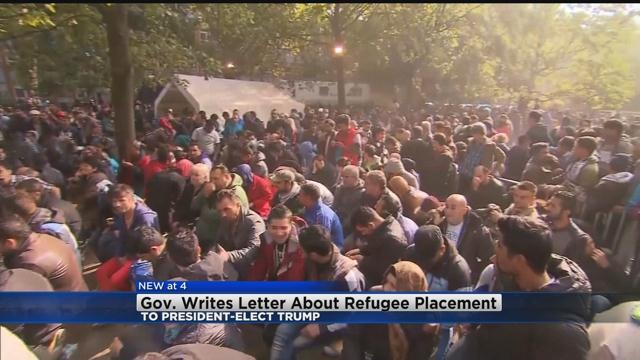 In it, Walker asks Trump for immediate action on some controversial issues in the state like refugee placement.

The letter is just over three pages long. Walker writes specifically he has expressed concern about refugee resettlement from countries with "terrorist ties".

Walker wrote, "We would like our state to have a broader role in determining how many refugees and from which countries until we are comfortable with the vetting process that is being utilized to screen these individuals."

Department of children and families tells us refugee resettlement decisions are made by the federal government and says the state currently has no role.

The department says since 2015 118 Syrian refugees have been placed in Wisconsin.

Walker is asking for trump's help on this and other issues as soon as possible.

Al Durtka runs the International Institute of Wisconsin a group that helps refugees transition to America..

He said he is concerned about Governor Scott Walker's letter to President-elect Donald Trump.