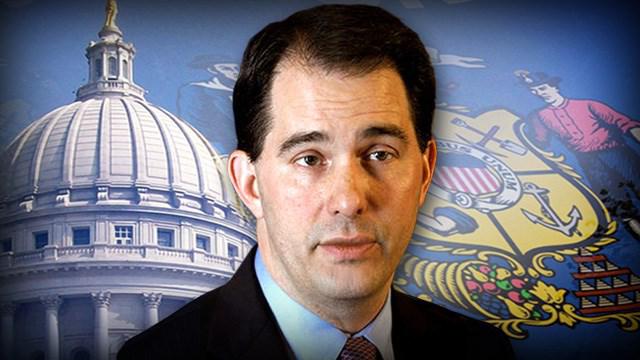 If the right-to-work bill reaches Governor Scott Walker's desk, he will sign it.

That confirmation came from Walker's office Friday after word spread about Republican leaders calling for an extraordinary session of the state legislature in an effort to pass the controversial bill. Under right-to-work, private sector workers would not be required to join a union or be required to pay union dues as a condition of employment. Right now, 24 states have a right-to-work law.

\"Governor Walker co-sponsored right-to-work legislation as a lawmaker and supports the policy, \" Spokeswoman Laurel Patrick said in a statement. \"If this bill makes it to his desk, Governor Walker will sign it into law.\"

According to the Wisconsin Legislative Reference Bureau, as the names suggest, “special” and “extraordinary” sessions of the Wisconsin Legislature differ from regular sessions in their purposes and procedures. They are similar to each other in that they are called only to consider one or more specified topics or pieces of legislation. The key difference is that a special session is called by the governor and an extraordinary session is initiated by the legislature. Since 1979, there have only been six extraordinary sessions called, the last one called in June 1993, compared to at least 100 special sessions that have been called since 1861.

Supporters of right-to-work say the law protects employees by allowing them to decide for themselves if they want to join a union instead of having dues automatically withdrawn.

\"As a strong supporter of right-to-work, I welcome the opportunity to take up legislation that gives Wisconsin workers the freedom to choose to join a union,\" Speaker Robin Vos said in a statement. \"Wisconsin should be a right-to-work state. The public widely supports worker freedom and the potential positive impact to the state's economy can no longer be ignored.\"

Opponents say the bill is just another distraction from other pressing issues in the state.

\"Wisconsin is already lagging behind most of the nation in jobs and wage growth and right-to-work would only make things worse,\" Assembly Democratic Leader Peter Barca said in a statement. \"By rushing to pass Right to Work in less than a week, clearly the governor and Republican legislators want to distract from how destructive their budget is for Wisconsin's workers, students and middle-class families.\"

Local unions also weighed in on the bill Friday.

\"Right-to-work rings a false promise for Wisconsin,\" said Phil Neuenfeldt, President of the Wisconsin AFL-CIO.  “Every worker suffers when states enact anti-worker Right to Work laws. Rushing this legislation through in an extraordinary session is a slap in the face to our democracy.”

The full right-to-work bill has yet to be finalized and made public. It's expected that the extraordinary session will be held next week.