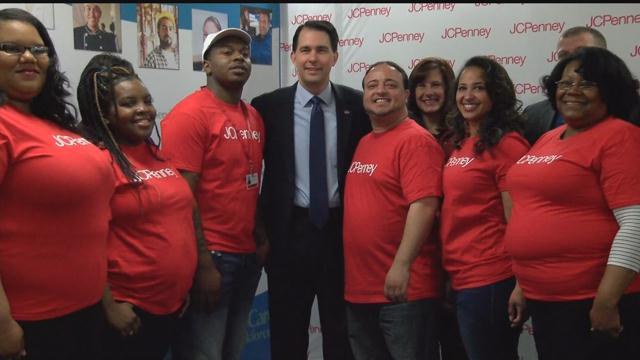 He was speaking about the state's food share employment and training program.

That program was started last year to help adults get training and help finding jobs.

Walker said he believes it is clear at this point that none of the Republican candidates will have enough delegates to secure the nomination before the convention.

"I will support the Republican nominee who runs against Hillary Clinton in the fall, whoever it is,” said Walker.

Walker was asked, "So if it were [Trump], you would support him?"

"Yeah, I mean to me, I think it's preferable to have a Republic,” said Walker. “I think there's a lot of distress not only amongst Republicans and independents, but I also think a lot of the Bernie Sanders support is because a lot of young voters don't trust her."

He said to have an open convention would be "just fine."