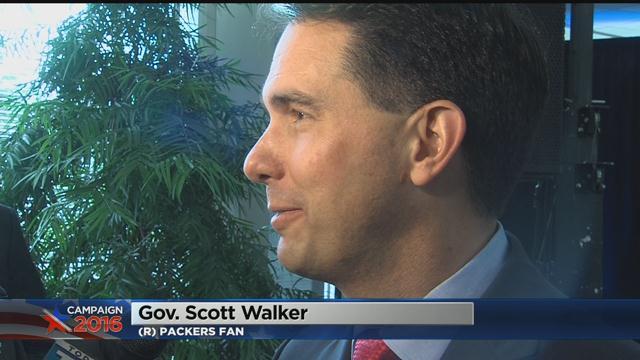 Meanwhile, someone today asked Governor Scott Walker about Sunday night's second presidential debate which happens to be on at the same time as the packers-giants game in Green Bay.

Proving again that Wisconsin is not so much a red or blue state as it is a green and gold state!