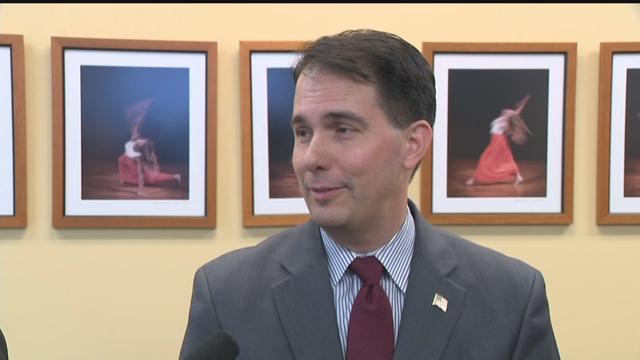 Governor Scott Walker said any talk of him being Donald Trump's running mate is shocking and breathtaking.

Trump mentioned walker during a radio interview as a potential vice president..

Walker endorsed trump's rival, Texas Sen. Ted Cruz and campaigned with him in the days leading up to his primary win in Wisconsin last week.

"I literally just heard that in the car and I just laughed it’s interesting to hear that after the things that were said about me a few weeks ago But I’m focused on being the governor of the state of Wisconsin,” Scott Walker said.

Walker would not rule out the possibility of serving as vice president but insisted he is "just happy being governor."