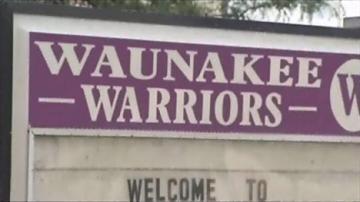 MADISON -- Wisconsin Governor Scott Walker has signed a bill that would make it easier for schools to keep their Native American themed mascots. If the bill were not either signed or vetoed by the governor by December 19th, the bill would automatically become law.

Before the new mascot bill, the state had to hold a hearing if one person filed a complaint. The new bill requires petitions with signatures from at least 10% of the school's population before the process to remove the name can begin.

So far, the Mukwonago High School Indians have been ordered by the state to abandon their race-based school mascot. In an interview, Mukwonago Principal Dale Henry told a local newspaper he would fight any challenge to his school's use of the Indian mascot and team name.

State Representative David Craig, a resident of the Mukwonago School District, says, \"This legislation is a good step in recognizing that a single individual should not be able to dictate their will over a whole community, and in the process deprive an entire group of people their right to due process.\"