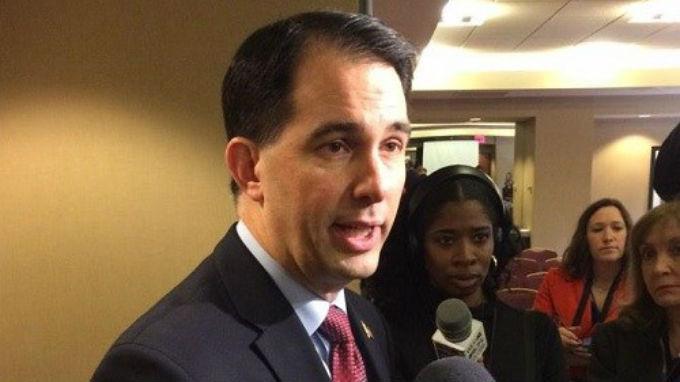 Governor Walker was there hours after the Wisconsin State Senate passed right-to-work (RTW) legislation. Walker says RTW is another \"arrow in the quiver\" for manufacturers to expand or move to Wisconsin.

Walker didn't mention RTW in his speech to dozens of manufacturers at the conference Thursday. Afterwards, he emphasized how the timing works for the legislation to pass. He said he brought up RTW legislation when he was in the state assembly but it didn't go anywhere. He said RTW wasn't a priority during his first term because he didn't want to see a similar reaction - specifically protests - to what happened with Act 10. He also said he wanted to show employees the state was stable.

Walker will speak at the CPAC conference Thursday evening. He said he won't talk about RTW, instead he plans to emphasize growth, reform, and safety. When it comes to safety, he acknowledged its not something governors typically tell about. But he says America needs leadership in that area.

\"I think increasingly Americans are worried, we want to make sure we take the fight to them before they take it to us when it comes to radical Islamic terrorists in and around the world,\" Walker said. \"I think just as a parent, I want to make sure for my children's sake, and other sons and daughters like them, that we never have something like that wash up on American soil.\"

Walker speaks Thursday night at the CPAC conference. We will have full coverage on CBS 58.