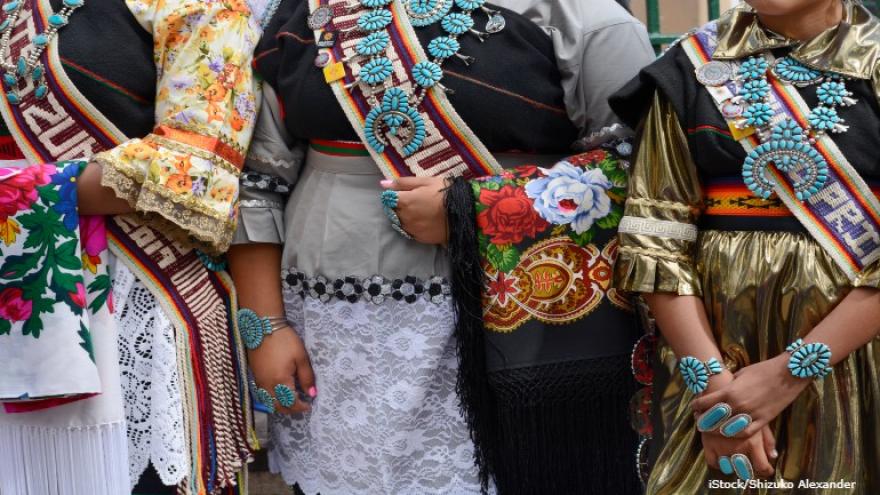 Officials say this is a holiday that celebrates and honors Native American people, their history and their culture.

“On Indigenous Peoples’ Day, we honor Native Americans, their ancestors, and their major contributions to the United States of America and its culture. We also acknowledge the historical trauma that indigenous communities have endured and commend their resilience in the face of this trauma,” said Attorney General Kaul. “The State of Wisconsin is now, and must continue to be, committed to communicating and working collaboratively with tribal nations as sovereign partners. I would specifically like to thank the members of the Missing and Murdered Indigenous Women Task Force for the important work they are doing.”

Gov. Evers said it is important to bring to light the history of Native Americans.

“The stories of boarding schools are not unlike those of missing and murdered Indigenous women, girls, and two-spirit people, and they are truths that Native communities have known for years but that have too long remained in the dark,” said Governor Evers. “It’s important that we bring this history to light and investigate it fully as we pursue a more just, safe, and equitable future for Wisconsin’s Native Nations.”

"Wisconsin would not be all that it is today without their endless contributions,” said Lt. Governor Barnes. “This Indigenous People’s Day, let’s reaffirm our commitment to listening, learning, and working to ensure Native American voices are part of the policies we enact to make Wisconsin a better place.”

"On this Indigenous Peoples' Day we are proud to celebrate our ancestors and the many contributions tribal nations continue to provide Wisconsin," said MMIW Task Force Co-Chair Skye Alloway. "However, our work is not done. We continue to honor the many Indigenous voices who are not with us to celebrate this day and continue our work alongside our survivors and families to bring recognition and justice for all indigenous people in Wisconsin."

“Indigenous Peoples’ Day should be a day for celebration, but also as a day of remembrance. Remembering the history of our nation and also the sacrifices that were made by our people. We can no longer sit in silence on the sacrifices that are still happening today,” said MMIW Task Force Co-Chair Justine Rufus. “We take this day as a day to remember the families, aunties, mothers, daughter, uncles, brothers, sisters, and children who have been murdered and lost. We take this day to engage, to address the issue of missing and murdered indigenous people. A day of awareness, to be met with swift and real actions to address this critical issue. Our women are being murdered and are going missing at higher rates than any other population. Our communities are suffering and are grieving, but we all must muster up the strength to demand justice for our families. We ask that each person that goes missing or is murdered is valued and this critical issue is met with the humanity of our people and requires us all to act with urgency.”