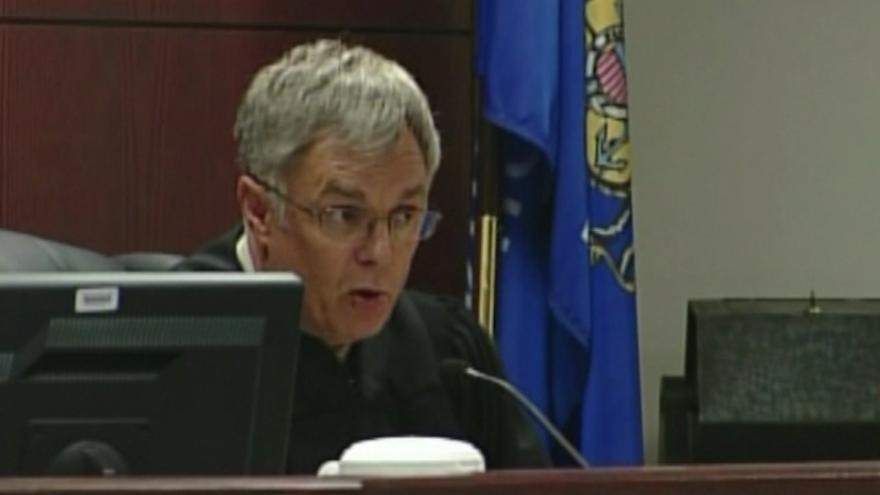 MADISON, Wis. (CBS 58) -- Gov. Tony Evers signed Executive Order #171 ordering the flags of the United States and the state of Wisconsin to be flown at half-staff on Wednesday, July 13, in honor of Judge John P. Roemer, who passed away on June 3 at the age of 68.

“There is no doubt that Judge Roemer was a pillar of his community, a revered member of the judiciary, and a deeply admired and respected man by those who had the fortune to know him,” said Gov. Evers. “Judge Roemer’s contributions to his community and our state will not be forgotten as he leaves behind a legacy of dedicated, distinguished service that has already inspired so many. Kathy and I join the people of Wisconsin in praying for Judge Roemer’s family, friends, colleagues, neighbors, and the greater community as we mourn his tragic passing.”

Judge Roemer was a role model, both on and off the bench, said Wisconsin Supreme Court Chief Justice Annette Kingsland Ziegler.

“As a judge, he was known for his sharp legal mind, thoughtful handling of cases, and respect for all parties in the courtroom. He served as a mentor to many judges and others in the legal profession, and many of his colleagues became his friends. His dedication to others extended into his retirement as he cared for family members, volunteered, and became a leader at his church. He will truly be missed, but his impact is lasting,” Chief Justice Ziegler said.

According to a news release from Gov. Evers' office, Judge Roemer was a committed public servant, having been an assistant state public defender in Baraboo for five years and an assistant district attorney in Juneau County for more than a decade. In 2002, Roemer retired from the U.S. Army Reserves as a lieutenant colonel, and in 2004, he was elected to the Juneau County Circuit Court, where he served until his retirement in 2017. Roemer was also an active member of St. Paul’s Evangelical Lutheran Church in Mauston where he served as president of the church council, chairman of the evangelism committee, and in the church’s community outreach initiatives.

Services for Judge Roemer will be held on July 13 in Mauston.

Executive Order #171 will be in effect from sunrise to sunset on July 13, and is available here.