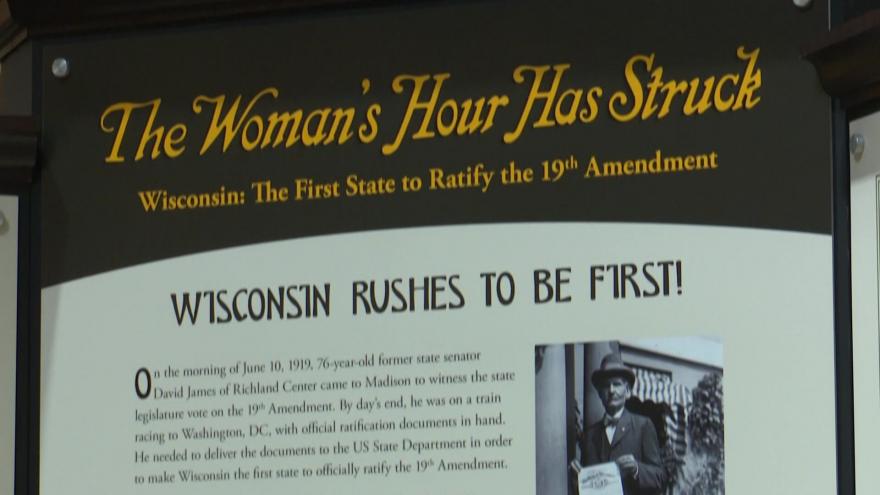 It was the first state to vote to ratify the 19th amendment, which gave women the right to vote.

June 10 marks 100 years since the historical event. It also kicks off a year-long celebration with a special event for the public.

Governor Tony Evers and First Lady Kathy Evers say there's a lot to celebrate with the 100th anniversary of the passing of the 19th amendment, but that there's a lot of room for progress, especially when it comes to promoting women for elected office.

"Political parties have to reach out, they have to nurture young women to take the plunge," Governor Evers said.

With more women than ever running for political office, Mrs. Evers says encouraging women at a young age is vital to getting more women to run.

"Yes, you do have the power or whatever, to go after something that's really important and passionate to you, and if you are passionate about something we are going to get more and more women involved," said Kathy.

As part of the 100th-anniversary celebration kickoff, Wisconsin's original 19th amendment document will be on display at the state capitol, signed June 10, 1919.

It's one of those magic moments where you can actually see the actual document that exists.

The Evers' say it's a unique opportunity for the public to be in the presence of a major piece of history and can help inspire people to continue the legacy of the suffrage movement.

"I just think the women of 100 years ago plus, just had the energy and strength to push through to try to get the rights for women to vote and I'd like that energy to continue," Kathy Evers said.