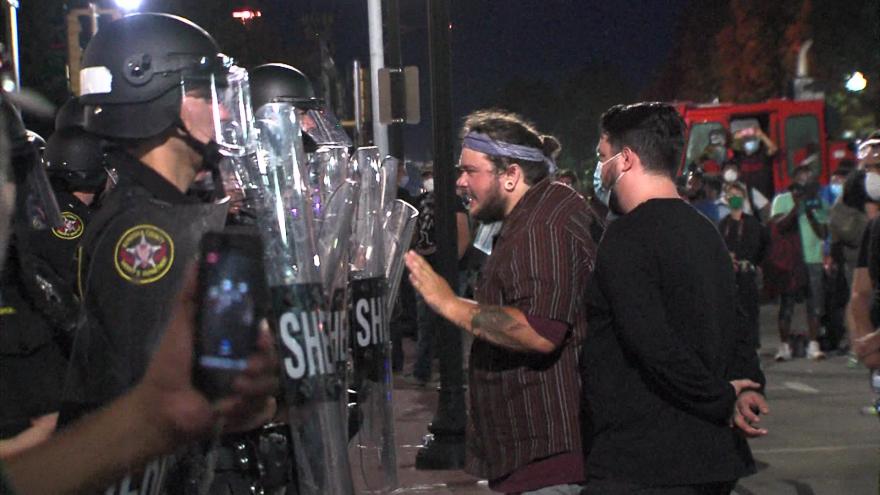 KENOSHA, Wis. (CBS 58) -- Gov. Tony Evers, along with Lt. Gov. Mandela Barnes and the Wisconsin National Guard, held a news conference in Kenosha Thursday evening, Aug. 27. This, in the wake of the police shooting of Jacob Blake.

According to a news release, EMAC is a mutual aid agreement that allows governors to provide state-to-state assistance during declared states of emergency. It will enable other states to provide resources such as National Guard troops and equipment to the requesting state.

Any National Guard troops from other states mobilized to support Wisconsin would do so in a State Active Duty status – not in a federal status. Those troops would fall under the operational control of Wisconsin's adjutant general during their mobilization, but remain under their respective State's administrative control.

Local officials are leading the response in Kenosha, and National Guard troops are serving in a support role to assist civil authorities in preserving public safety and individuals' ability to exercise their First Amendment rights to assemble peaceably.