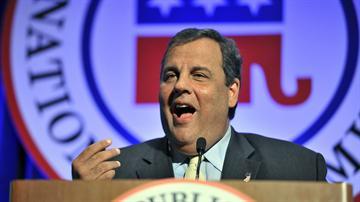 Hudson--  During a campaign visit Monday to a manufacturing plant and GOP office in Hudson, Wisconsin, New Jersey Governor Chris Christie said campaigning for fellow republican Governor Scott Walker is personal for him.  \"You never know what problems are going to come across the governor's desk.  I've seen that, Scott has seen that over times.  What really matters is the honesty and integrity of the person who is sitting behind that desk,\" said Christie.

Gov. Christie said Mary Burke cannot be trusted because parts of her job plan were lifted from plans of previous democratic candidates for governor.  \"If you borrowed ideas from somebody else, then just say you borrowed ideas from somebody else.  But don't just don't pass it off as your own work.  We teach our children that in the earliest of their schooling.  They don't need a governor who sets that kind of example here in my opinion.\"

Governor Walker said he welcomes the fact that he is the number one target this election of public sector unions. \"We took the power out of the big government interests, the big government union bosses, and put it back in the hands of the hardworking taxpayers and saved the taxpayers of the state some three billion dollars.\"

As head of the Republican Governors Association, this was Christie's latest stop in his nationwide tour of campaign visits for republican governors up for election.