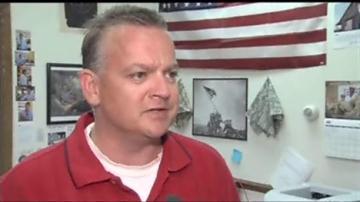 MILWAUKEE- on Tuesday, it is expected that state Republicans will remove Majority leader Bill Kramer of his leadership position following allegations he sexually harassed at least two women.

Governor Walker said on Monday that he believes the assembly is doing the right thing by asking Kramer to step down from his position.

He added that if the allegations are true, he doesn't think there's a place within public trust to be in office.

\"It sounds like they knew what kind of person leader Kramer is,\" State Senator Chris Larson said.

Larson and other Democrats were highly critical of Republicans and Kramer.

State Rep. Sandy Pasch sent out a statement that said:

\"Allegations of a Republican leader sexually harassing multiple women while raising money for his caucus is yet another reprehensible example of Wisconsin Republicans’ callous treatment of women in our state.\"

The Governor said that if Democrats want to call out Kramer they should be willing to do it with their own members as well.

For example, in 2011, Democratic State Representative Gordon Hintz of Oshkosh plead no contest to sexual misconduct.

The latest statement from Kramer's office said the majority leader has checked himself into treatment.