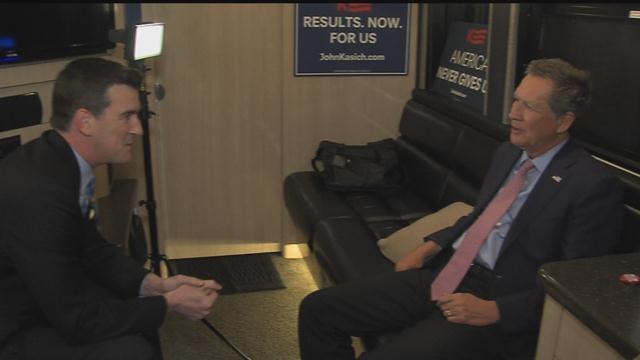 Despite what you may have heard, Ohio Governor and GOP Presidential candidate John Kasich has all the respect in the world for Packers quarterback Aaron Rodgers.

This week TMZ Sports ran an article with the headline "Aaron Rodgers DISSED BY JOHN KASICH... In Packers Territory"

TMZ used video from the town hall event on Tuesday, March 29, in Green Bay, WI, where Kasich fielded a question about his choice for Vice President, should he win the November presidential election.

At the end of his answer, Kasich joked "Aaron Rodgers maybe if he had a better year next year, we'll see."

CBS 58's Bill Walsh sat down with Kasich before an event at Serb Hall in Milwaukee on Friday, and asked Gov. Kasich if he'd like to clarify his comments.

Kasich said Rodgers "is the class of the field when it comes to quarterbacks" and complimented Packers fans on their dedication to the team.