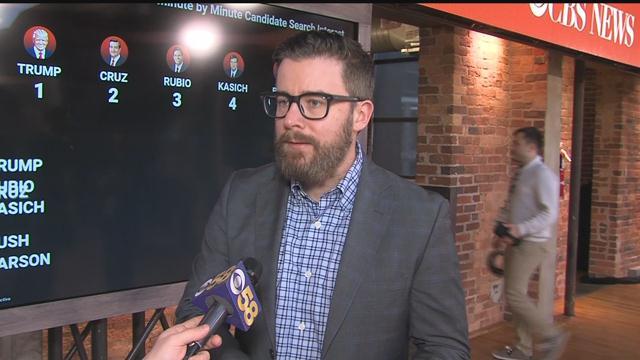 The six remaining Republican candidates will square off in another debate Saturday night on CBS 58 starting at 8:00 PM.

CBS 58’s David Ade is in Greenville, South Carolina covering the event where he spoke to the GOP National Spokesperson, “the american people are going to get to hear from their future President tonight and they are going to get you hear about topics they are concerned with. Unlike the Democratic Debate Thursday night where we didn't really hear much substance come out of it we saw another poor performance by the democrats,” said Lindsay Walters.

It's a CBS debate, but Google is also playing a big part. Touring the media center and spin room you can see screens showing trends from Google searches.

"And you can see right here as a matter of fact I'm control immigration, education and Obamacare those are the top three people are searching for in South Carolina today. And will also be releasing the top questions people have about the candidates and all of this throughout the course of the debate,” said Daniel Sieborg a Google trends expert.