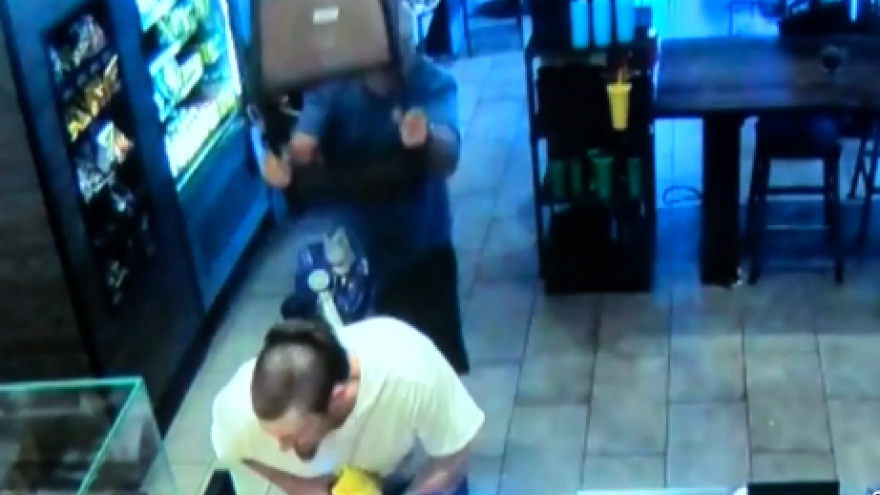 CBS Local — A California man who stepped in to stop an armed robbery could face legal troubles of his own.

It was a video that went viral. A man wearing transformers mask tries to rob a Starbucks last July.

That’s when a man in the coffee shop, Craig Jerry, stepped into action.

Jerry beat the suspect, 30-year-old Ryan Flores, with a chair; a fight ensues – and Jerry was even stabbed in the neck.

Ultimately, Jerry was able to corral the knife from his attacker and wound up using the knife on the perpetrator, which the robber’s mother, and the robber himself, are saying was excessive.

The mother of the suspected armed robber says her son may file a lawsuit as a result. Officers call the Good Samaritan a hero.

Flores is being held on a $155,000 bail and is expected back in court next month.