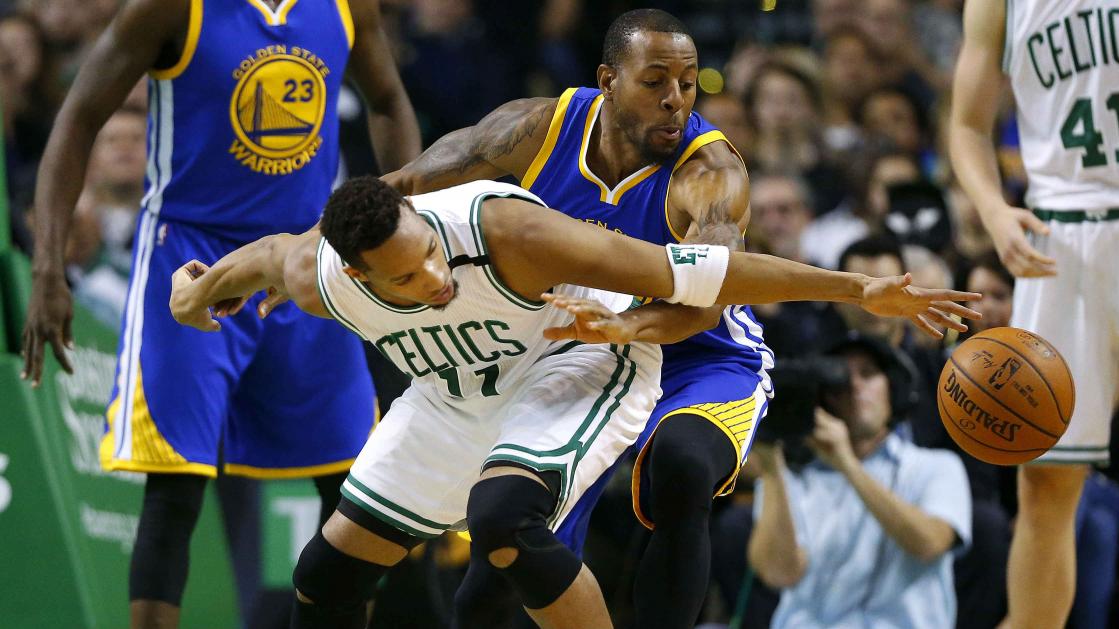 (CBSSports) They were facing one of the best defensive teams in the league, on the road, without two starters. Stephen Curry had an off night. Kelly Olynyk was on fire. Avery Bradley played the best defensive game of the season. They went to double overtime. They were exhausted. They were off their game (9 of 31 from 3-point range).

Golden State Warriors 124, Boston Celtics 119. The Warriors move to 24-0, and the streak lives on. They are unstoppable.

The Celtics threw the kitchen sink at the Warriors, who were without Klay Thompson andHarrison Barnes, both out with ankle sprains. Their inability to spread the floor in transition allowed the Celtics to swarm Curry in transition, forcing him into a 9-of-27 shooting night with eight turnovers. But Draymond Green and Andre Iguodala stepped up and carried the Warriors, while Boston could not find quality shots in key situations as two Isaiah Thomashero ball possessions at the end of regulation and the first OT came up short.

The mark of a great team is winning when things don't go right. Nothing went right for the Warriors. Almost everything went wrong. They were gassed at the end of the game, worn out, and several teams looked like they were ready to quit. But each time, they dug down, and found their way to win. Again. And Again.

Golden State Warriors come to Milwaukee to face the Bucks Saturday night at 7:30 PM. Some say the Bucks have a good chance at beating the now tired Warriors. What do you think? Let us know on Facebook and Twitter!