Glendale Police are one of several suburban departments who say they’re seeing an increase in crime and a spike in police chases. 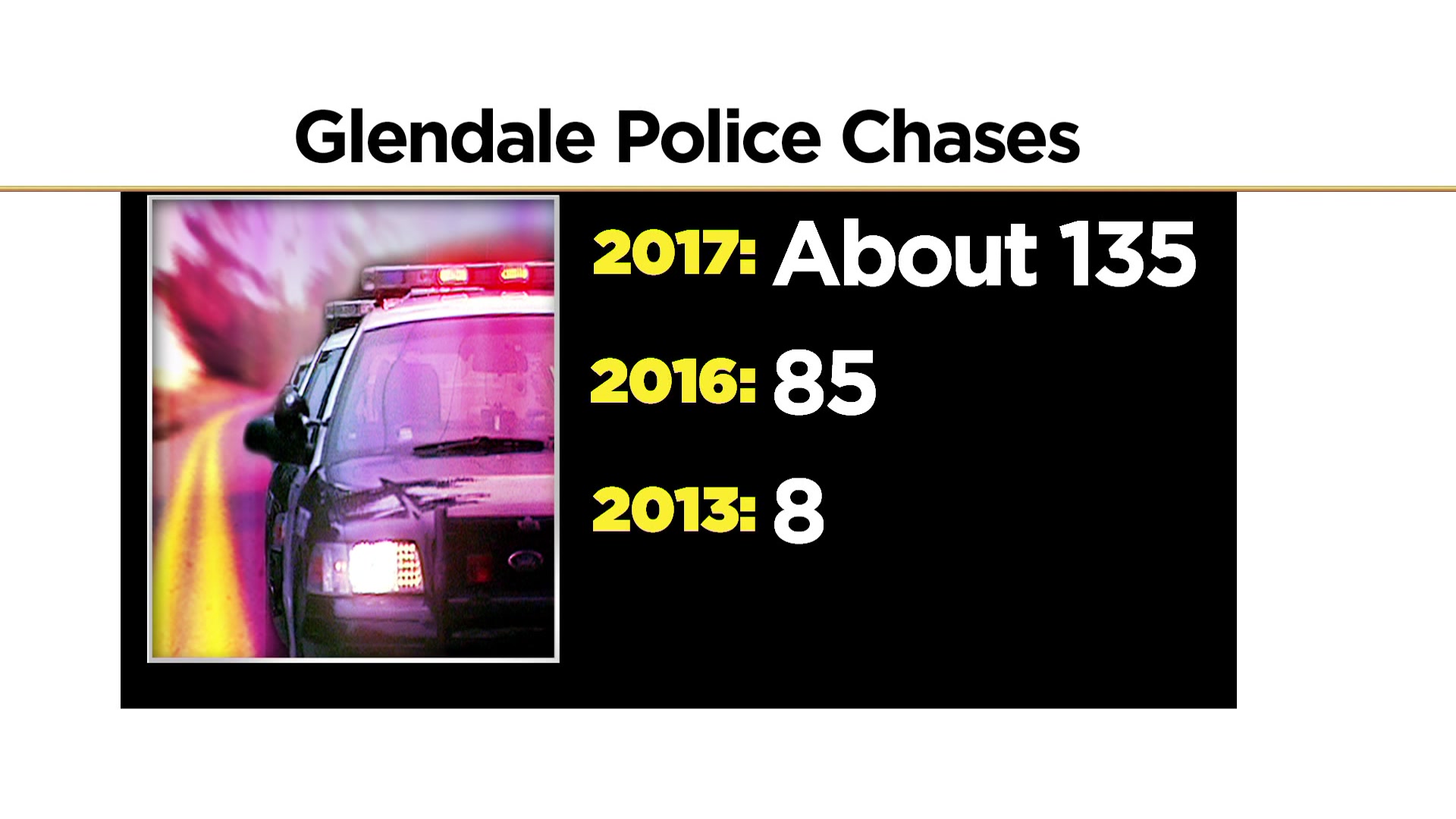 Officer Todd Lynch with Glendale Police says that a large number of police pursuits are ended because the chase isn’t worth endangering officer and neighbor safety.

“If it is something more significant, an armed robbery, anything more serious like a violent felony, we absolutely will pursue those people much longer,” Officer Lynch said.

Glendale Police say one way to lower the numbers could be harsher sentences for young and repeat offenders.