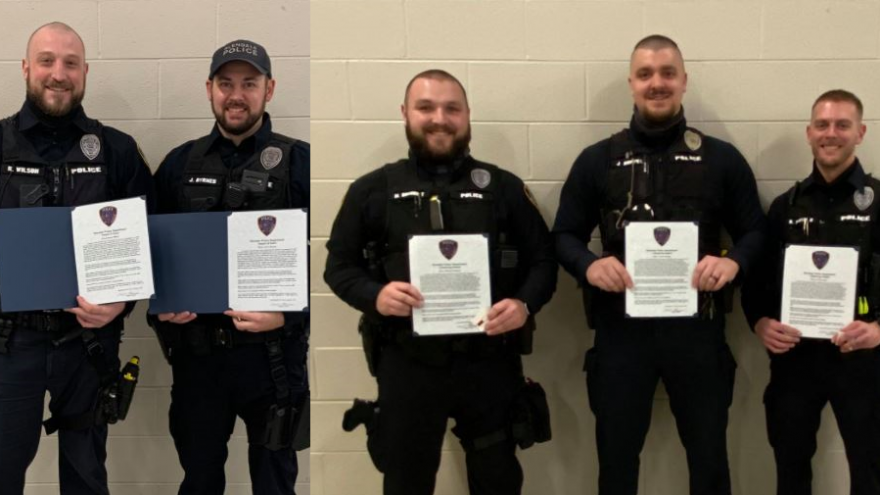 GLENDALE, Wis. (CBS 58) – Several Glendale police officers are being honored for their actions while responding to a fire at an assisted living facility on January 5.

According to the police department, the five officers helped save several residents. Officer Wilson and Officer Byrnes are credited with creating a human chain to enter the apartment where the fire started and get a 68-year-old man out to safety.

Officers Poetzl, Rosquist and Ruppel were honored for alerting other residents and helping them outside.